The recent shootings in El Paso and Dayton have once again brought out both America’s compassion for victims and the Left’s endless thirst to create more victims by disarming us.  Suddenly the left is pushing  “common sense solutions” that involve depriving us of our natural and Constitutional rights. 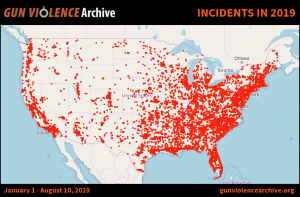 According to the Gun Violence Archive there have been 33,986 shooting incidents in the US this year with over 9,000 deaths and almost 18,000 injuries.  There have been over 1500 shootings in Chicago this year,  but because these are overwhelmingly non-whites slaughtering non-whites nobody gives a damn.  Similar numbers obtain for the most violent cities in the country: St. Louis, Baltimore, New Orleans, Detroit, Baltimore, Philadelphia, Washington DC, Los Angeles and the list goes on.  All are hotbeds of gun control and decades of Democrat only kleptocratic rule.  You don’t hear our self appointed moral superiors mentioning that either. 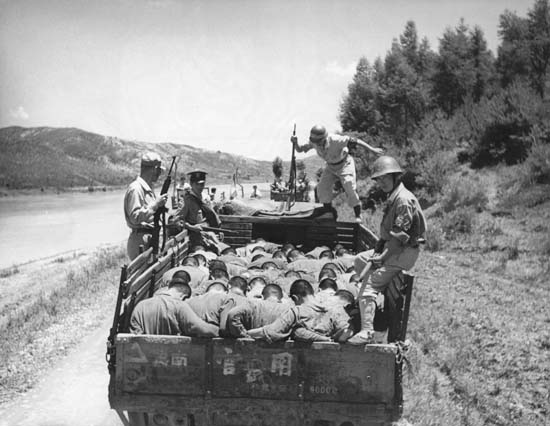 If these mighty hand wringers aren’t concerned about the welfare of the citizens, why the crocodile tears?  Because they fear that an armed citizenry would interfere with their plans to turn America into a one party collectivist totalitarian police state where Mao’s dictum “political power comes from the barrel of a gun” and they have all the guns.  These “common sense” measures; more background checks, more gun registrations, more ammo control and red flag laws; are more steps in that direction.

I grant you that these people who commit mass shootings are sick in the head, mentally ill.  For sure mental illness is huge problem in this country which too few people are trying to address.   Much of this was set up by LBJ’s Great Society which mandated the breakup of the family.  Daniel Patrick Moynihan wrote a scathing report about this in 1965 in which he lamented that out of wedlock births among the negro population had skyrocketed to 25%.  Today out of wedlock births to blacks is 78%, Latinos 53% and Whites 35%, which means that almost half the entire population is bereft of the civilizing influence of an intact family.

Something else that nobody wants to talk about is the fact that we have the Democrats to thank for all these loons wandering around, it was they who ended involuntary commitment on humanitarian and civil rights grounds and closed all the psych hospitals.  Deprived of places where they could be contained and cared for they wander our streets, incompetent, incontinent, unsupervised and self medicating on crack,meth and God knows what else.

These proposed Red Flag laws are designed to be abused.  A few years back we had the phenomenon of SWATing, in which an anonymous caller would call the police and report that someone at a given address was in the process of murdering a family member.  The police would send a SWAT team over, bust the door down and go in shooting.  Presumably under the Red Flag they would send the SWAT team over, ring the doorbell at 5AM and simply confiscate the victim’s guns.  So far only a few home owners have been shot. 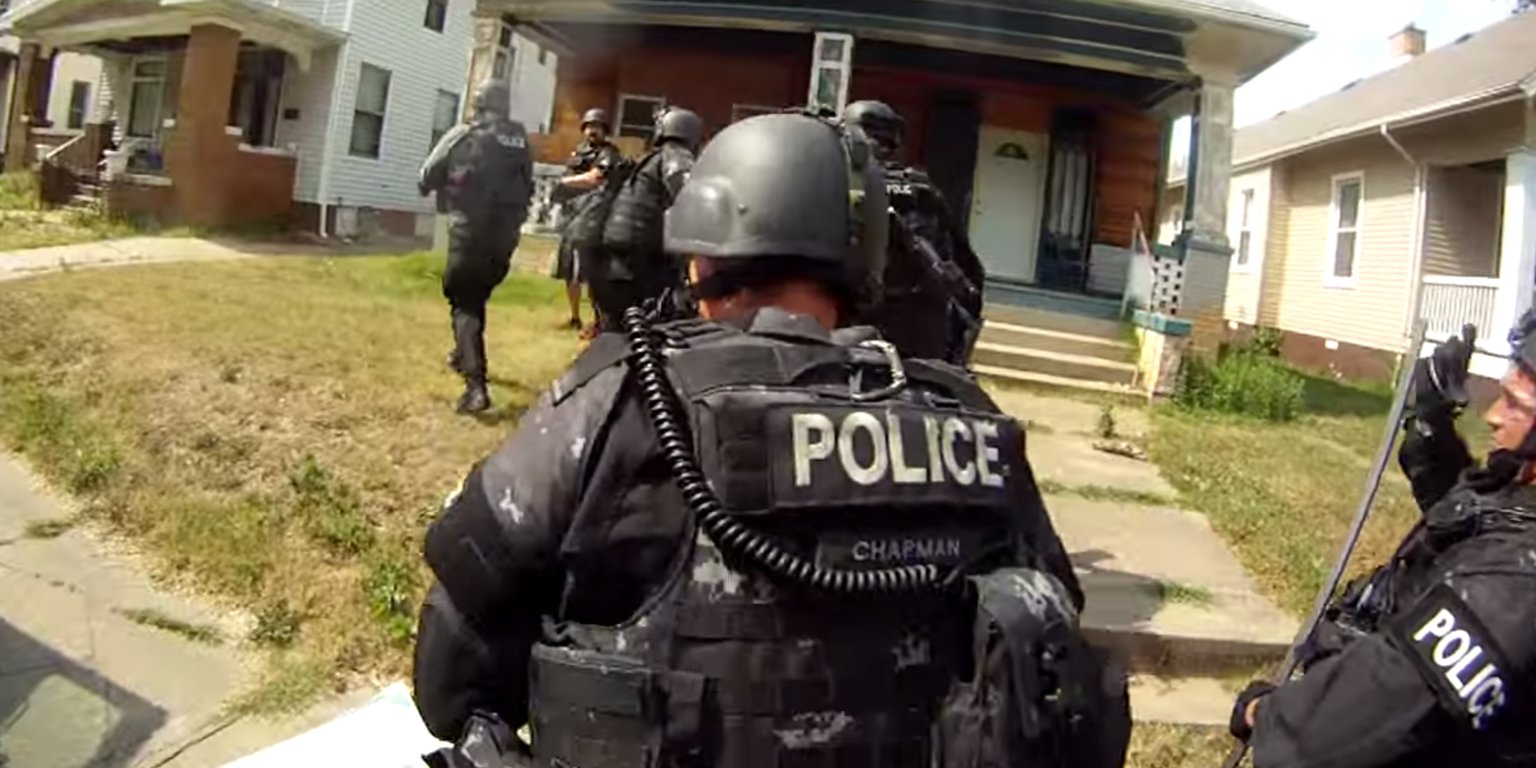 Are you comforted yet?  Then how about this, if Leftist lunatics are willing to confront and dispense violence against MAGA hat wearers will they be more or less willing to call in a Red Flag report on some Deplorable they’ve taken a dislike to?  You get three guesses and the first two don’t count.  So you’d best be on your best behavior and keep your opinions to yourself because you never know when some self righteous commie snitch might call a Red Flag party at your house, and you’ll have no idea who it was, even if you survive it.  You might have your suspicions, and turn about is fair play, opening up an endless cycle of denunciation and retaliation. 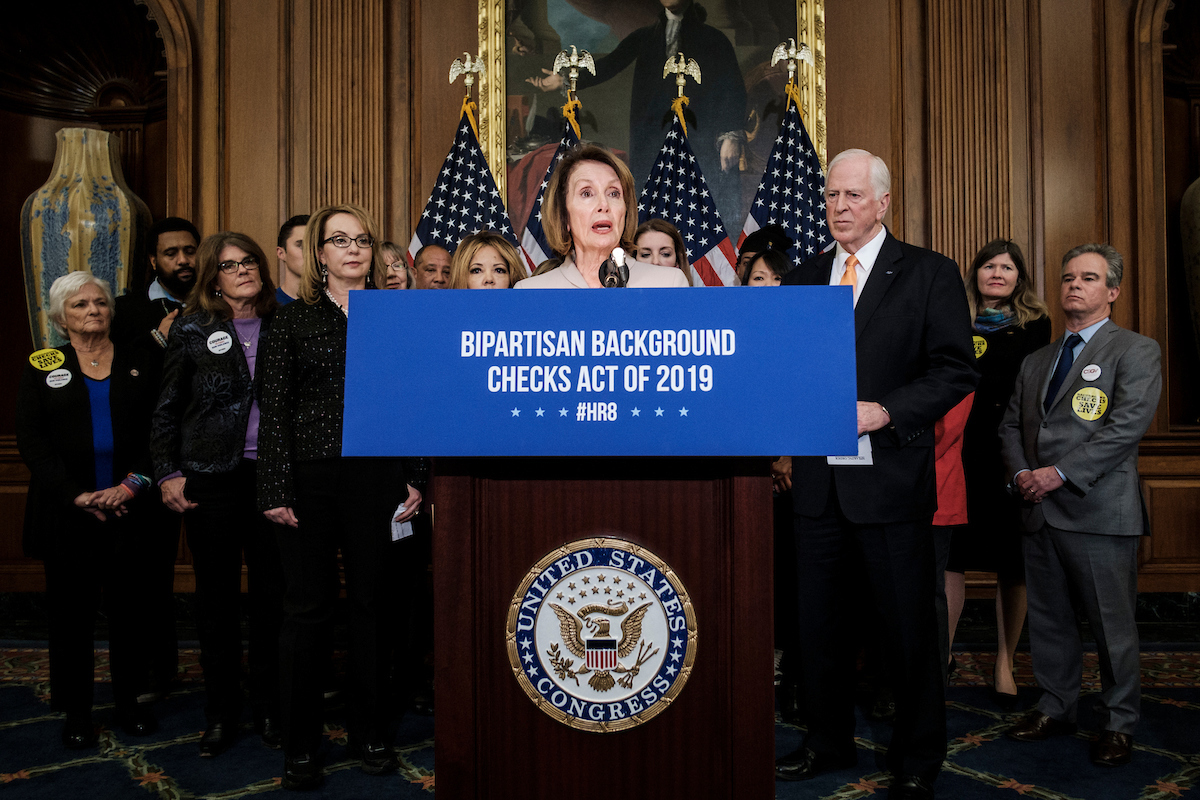 Back in 2016 Trump quite properly ran against Red Flag laws.  Yesterday he said he was considering supporting them.  The GOP in Congress, quite predictably, has permitted itself to be stampeded into going along with the Commicrat’s calls for them.  Huh, you’d almost think they had no principles, including upholding and defending the Constitution they all swore to uphold and defend.  If some such federal law passes Congress, as seems  likely, and lands on the President’s desk, he might just sign it.  If he does that the Donks will take the White House in 2020. 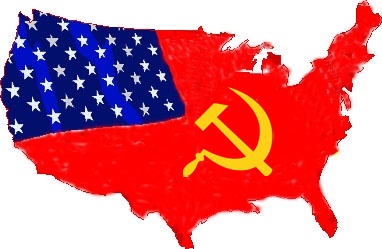 Then it’s Кэти bar the door. 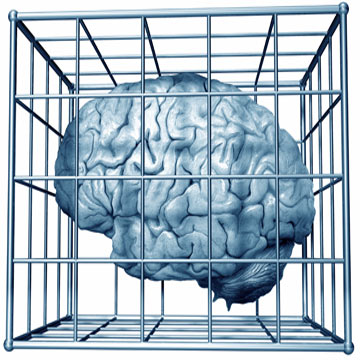 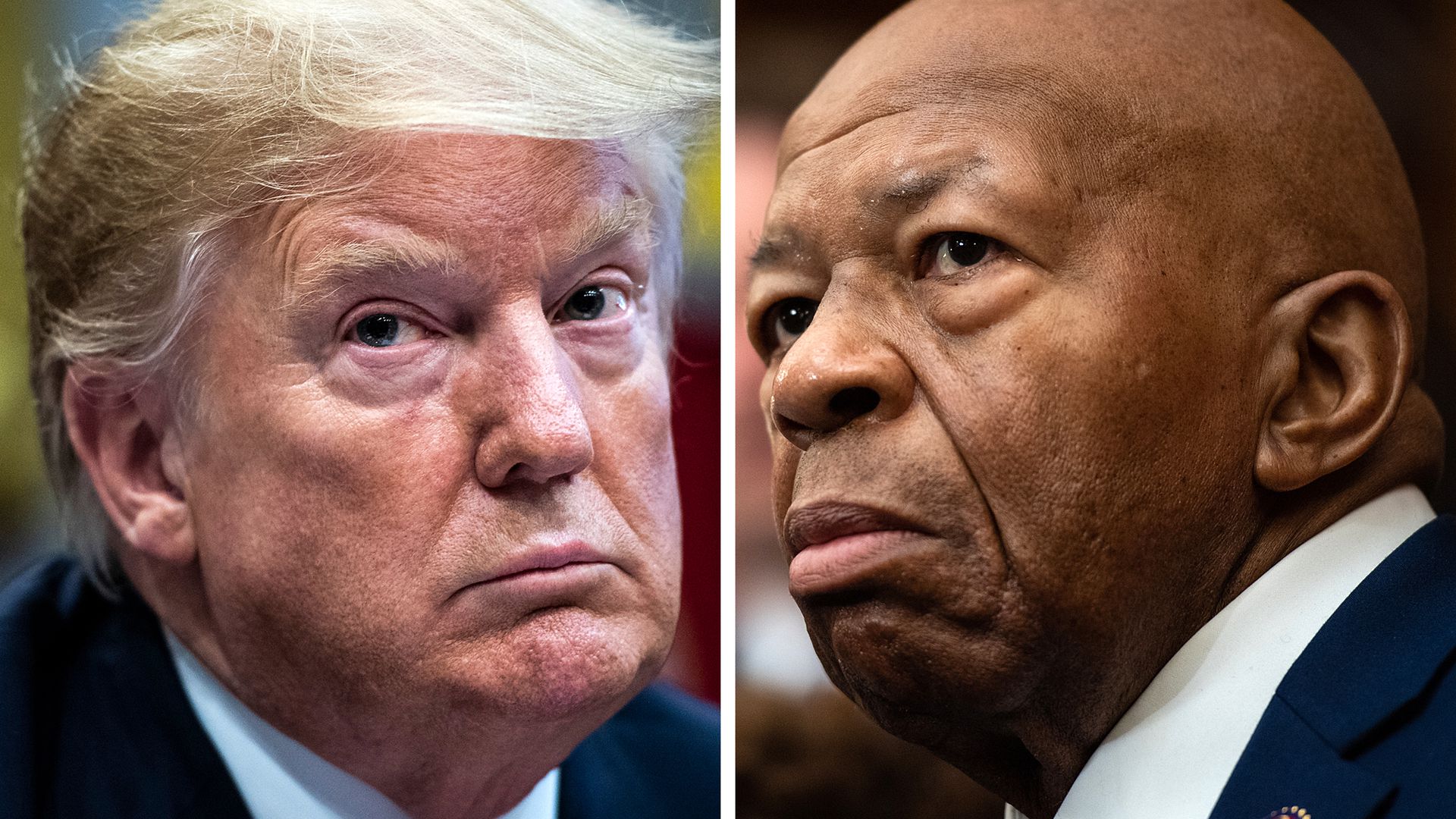 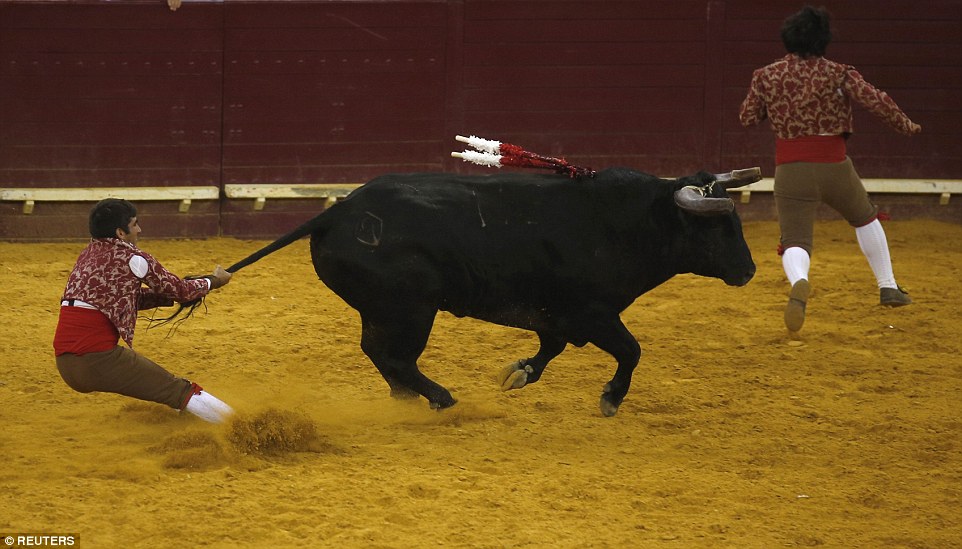 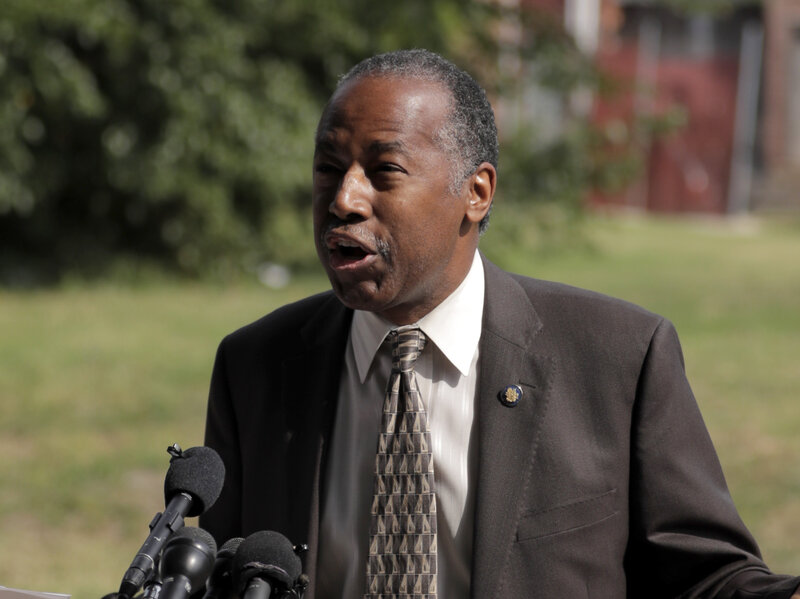 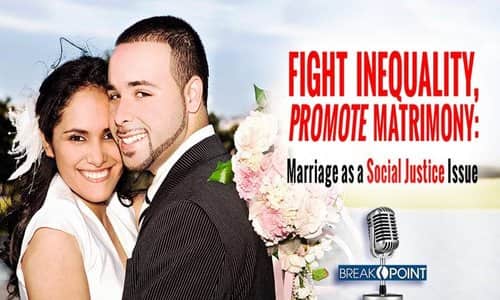 Over at Market Ticker Denninger has an interesting piece on the use of state intelligence organs as covert political muscle used against Republicans in general and the candidacy and administration of Donald Trump.  Now that their cover has been pulled they are in panic mode (which is not so different from business as usual, truth to tell), especially given that having failed to bring down the King (metaphorically speaking) they realize that the King will bring them down in turn.

So of course they are trying to protect themselves.

It’s not stopping with the 2016 election and its results either.  There is a little-discussed provision being attached to defense and intelligence bills in Congress right nowthat would criminalize disclosure of any CIA “asset’s” identity.  There already is such a law but it has an expiration date of five years after said asset leaves the covert service.  This one has no expiration date and is insanely broad. I don’t think I need to go into how damning such a “law” would be; beyond potentially immunizing any CIA involvement in the 2016 election (of which there probably was much) it could conceivably be construed to cover Epstein and all of those who participated in the******of the girls being trafficked — including, quite possibly, those now in positions of political power.

This needs to be run to the ground and exposed all the way up and down the line.  If it’s a handful of people inside these agencies who were responsible for this and it was not a decapitation strike aimed at the Republican Party, orchestrated throughout these agencies and in fact reaching all the way to the White House, then everyone involved need to be in prison, right now, and everyone associated with them asset-stripped to their literal underwear.

Unfortunately the preponderance of the evidence is rapidly piling up on the other side — this was not a handful of partisans in various agencies but instead was a coordinated, agency-wide attempt to prevent the lawful election of a President they did not like and when it happened anyway their actions continued in the form of felonies so serious that they in fact have destroyed the legitimacy of government itself.  Worse, they’re now trying to cover it up and gain immunity for their criminal acts.

If this turns out to be what it appears to be we just had a modern rehash of Lexington and Concord, April 19th of 1775 and the world now awaits our judgment as a body politic.  Will we acquiesce to our new status as A Banana Republic with nuclear weapons or will the people of this nation draft a second document that begins with those seven immortal words: When In The Course of Human Events.

It might not be a bad idea to pass this around and call your Congresss critter to let him/her/it know that they are not invisible and that there will be consequences.  You might also call the White House and urge President Trump to stand against this outrage.  Which will be hard to do as this is attached to military funding and will hurt our men and women in uniform – and their families – the most.

Forward Observer, a former US intelligence officer, is worthy of our attention. 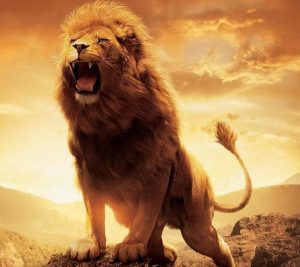 Murphy turned in a star performance and despite it all succeeded in wiping out seven years of work and over 1,500 posts.  Poof!  Just like that.  Only three things do do: weep, drink, start over.  Leo, my friend on the right, is the new mascot, mostly because like me he has a big mouth and has the hair – and fleas – I lack.

I’m keeping the RCFoothills at gmail dot com email account as I already have it and it works.  The transition from RCOTF to GBRA is complete and this site is now independent of both those fine organizations.