↓ Skip to Main Content
Home › Uncategorized › Waging the war of words
Tamquam Posted on March 8, 2021 Posted in Uncategorized No Comments

Waging the war of words

For Patriots determined to fight back against the left’s insane destruction of America words are weapons of primary importance.  Because most leftists are not logical thinkers, logical arguments (dialectic) will not faze them.  To them your logical arguments are, at best, just so much noise, and at worst proof of your subhuman status.  Leftists are driven my emotion, feelz, as they say.  Therefore, to effectively oppose them language that hits them with an emotional response is most effective.  This is called rhetoric.

RT carries the story of the right’s recent victory in the war of words.  (h/t Vox Day) 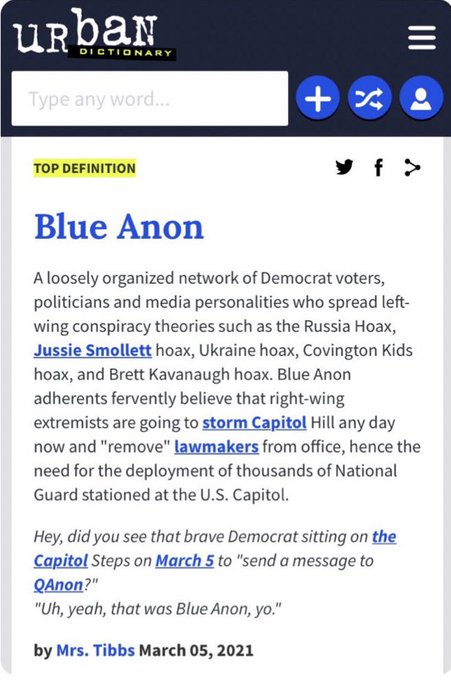 Conservatives chalked up a victory in the battleground of pejorative labels, concluding that the trending ‘Blue Anon’ branding of left-wing conspiracy theorists is sufficiently stinging after the term earned censorship bona fides.

The term made it into the online Urban Dictionary of slang words and phrases earlier this week, only to be removed by Sunday. A search of the term, a play on ‘QAnon’ that has been used increasingly in recent months to mock leftists, now comes up empty. Previously, the dictionary showed a definition for Blue 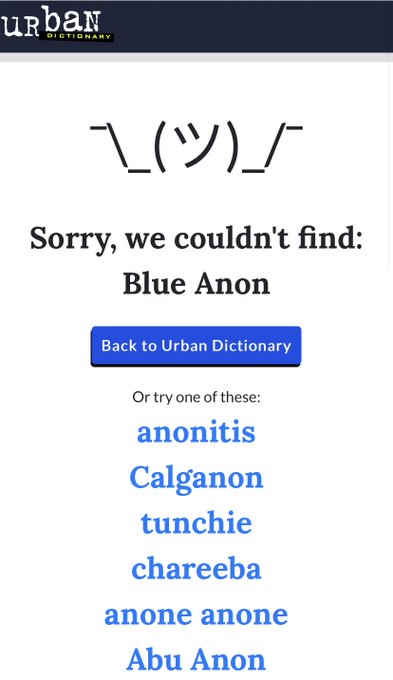 Conservatives interpreted the attempted disappearing of Blue Anon as a sign of success. “Wokies at Urban Dictionary zapped Blue Anon because it was too powerful,” journalist Jack Posobiec said Sunday on Twitter. Others predicted a ‘Streisand effect’, when attempts to hide something inadvertently bring more attention and interest to it.

Here are some recent effective uses of the term BlueAnon.  I encourage you guys to use it whenever some loonie leftist pops off with one their ‘troofs.’ “You really believe that?  You must be BlueAnon.”  Enjoy the show.

-DC is under military occupation because there are non-stop threats from Trump supporters.

-Joe Biden is the most popular American President of all time.

You might be a #BlueAnon if you think Big Tech is impartial and Free Speech is secure.

You might be a #BlueAnon if you think Justice Brett Kavanaugh is a gang rapist and President Donald Trump is a Russian asset.

This kind of tinfoil is why #BlueAnon is trending. https://t.co/LqAC0YpSTu