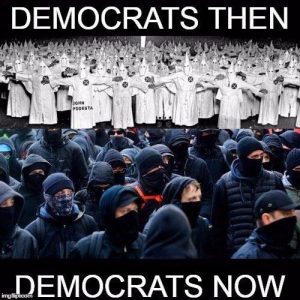 Antifa is the new Ku Klux Klan, the terrorist arm of the Democrat party.  Back in the day the Klan wore white and terrorized Blacks, today Antifa wears black and terrorizes Whites.  They are an international cadre of well organized, well trained and well funded terrorists whose goal is the utter destruction of America and, ultimately, Western Civilization.  They claim to oppose Fascism, but in fact they are Communists.  They intend to impose on us a dictatorship which sounds much like what Pol Pot imposed on the poor Cambodian people.  Antifa, and their masters and allies, are Communist revolutionaries and their intent is nothing less than to have a successful Communist Revolution in the USA.

Well said Lara, thank you for exposing ANTIFA for those who don’t fully understand the sophisticated insurrection.pic.twitter.com/Du5hlLdAYQ

Now that so many Progressive Mayors and Governors are either antagonizing their police forces or standing them down “peaceful” protesters will get the message that the rules regarding moral and ethical behavior are relaxed there will be no consequences for bad behavior the situation will only get worse.  Suddenly the never ending push to disarm the citizenry makes more sense.  With the police largely out of the picture the ordinary citizen is forced to fall back on his own resources which would have been, ideally for the revolutionaries, none.  Fortunately that initiative failed, and failed spectacularly.  Immaculate Barry, whose eight year reign was scandal free (in a pig’s eye!), turned out to be the greatest gun salesman that ever lived.

Despite the setbacks the revolutionaries’ plans advance in accord with the script so often used before.  Neon Revolt makes the connection:

We’re now in the midst of a full-blown Soros-backed Color Revolution in America.

What do I mean by that?

Well, for those unfamiliar, Soros has been in the business of disrupting governments and nations for some time now. There have been a number of color revolutions around the world, and many of them have been both directly and indirectly funded by George Soros – which means, they’ve been funded by taxpayer dollars.

Franklin Foer is a Progressive and much approves of these measures.  Even so, being a closet Marxist at heart he has to lie.of The Atlantic does the analysis for us:

What the United States is witnessing is less like the chaos of 1968, which further divided a nation, and more like the nonviolent movements that earned broad societal support in places such as Serbia, Ukraine, and Tunisia, and swept away the dictatorial likes of Milošević, Yanukovych, and Ben Ali.

And although Trump’s time in office will end with an election and not an ouster, it is only possible to grasp the magnitude of what we’re seeing and to map what comes next by looking to these antecedents from abroad.

As in the case of many such revolutions, two battles are being waged in America. One is a long struggle against a brutal and repressive ideology. The other is a narrower fight over the fate of a particular leader. The president rose to power by inflaming racial tensions. He now finds his own fate enmeshed in the struggle against police brutality and racism.

The most important theorist of nonviolent revolutions is the late political scientist Gene Sharp. A conscientious objector during the Korean War who spent nine months in prison, Sharp became a close student of Mahatma Gandhi’s struggles. His work set out to extract the lessons of the Indian revolt against the British. He wanted to understand the weaknesses of authoritarian regimes—and how nonviolent movements could exploit them. Sharp distilled what he learned into a 93-page handbook, From Dictatorship to Democracy, a how-to guide for toppling autocracy.

Sharp’s foundational insight is embedded in an aphorism: “Obedience is at the heart of political power.” A dictator doesn’t maintain power on his own; he relies on individuals and institutions to carry out his orders. A successful democratic revolution prods these enablers to stop obeying. It makes them ashamed of their complicity and fearful of the social and economic costs of continued collaboration.

Sharp posited that revolutionaries should focus first on the regime’s softest underbelly: the media, the business elites, and the police. The allegiance of individuals in the outer circle of power is thin and rooted in fear. By standing strong in the face of armed suppression, protesters can supply examples of courage that inspire functionaries to stop carrying out orders, or as Sharp put it, to “withhold cooperation.” Each instance of resistance provides the model for further resistance. As the isolation of the dictators grows—as the inner circles of power join the outer circle in withholding cooperation—the regime crumbles.

This is essentially what transpired in Ukraine in 2014. When the country’s president backed away from plans to join the European Union, a crowd amassed in Kyiv’s central square, the Maidan. The throngs initially had no avowed intention or realistic hope of overthrowing the kleptocratic president, Viktor Yanukovych. But instead of letting the demonstrators shout themselves hoarse in the thick of subfreezing winter, Yanukovych set about violently confronting them. This tactic backfired horribly. A movement with limited aims became a full-blown revolution. 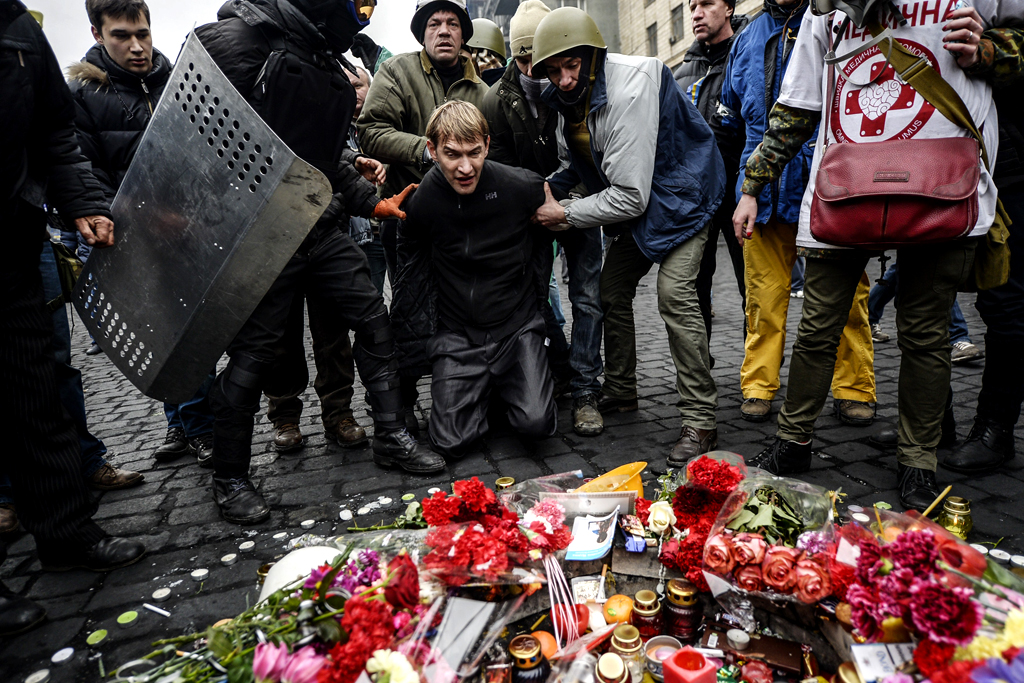 Vox Day of Vox Popoli notes, “Essentially… there is the key tell that assures us the writer knows he is misleading his readers. The Maidan protesters were not “violently confronted” by the Yanukovych regime, they were murdered by mercenaries in the employ of the people who were pulling their strings, the very same people who are now pulling the strings of BLM and Antifa in the USA’s own would-be color revolution.”

In recent days we have seen a number of General officers condemning Trump’s decisions and his suggestion that he might use martial law to bring the riots under control.  This is part of the attempt to peel his support away. 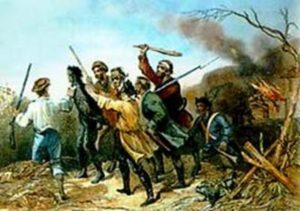 One unacquainted with history, especially recent history, might find this dismaying.  In fact Presidents have on several occasions in the history of the nation, including George Washington himself, used the army for internal policing in times of crisis.  I also recall that all these generals are what was left after Obama got done purging the officer corps, supporters we now know, of the deep state.  Retired generals can say what they please, they are now civilians, active duty officers who set themselves at odds with the Commander in Chief are mutineers by definition.  Either salute and soldier, soldier, or resign.  Meanwhile the Secretary of Defense has sent the active duty Army troops home from and disarmed the National Guard in Washington DC.

The question can be very legitimately asked, why isn’t POTUS taking action against these people and getting them out of the way where they do no harm?  It is my opinion that he has known who most of these traitors and mutineers are and he is giving them rope with which to hang themselves. 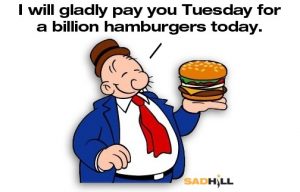 The cabal bent on bringing America down knows that it must defeat Trump or face imprisonment and the death of their dreams of power in the Glorious World of Next Tuesday, also known as the New Socialist World Order.  But more importantly he knows that if he simply acted against these people he would be accused of acting on a demented McCarthyist conspiracy theory.  In order to be successful in draining the Deep State he needs We the People to see for ourselves that what we are facing is a conspiracy fact.  We the People need to see the threat and be willing to stand against it.  He is exposing it so that no one can ever again say it was a conspiracy theory.  Only then can he have the backing of the majority of the People to defeat and destroy it.

wretchardthecat
@wretchardthecat
The reason Intel agencies never saw the 5th column building up is it happened gradually in universities, in activist groups. Its presence became accepted and normal. Nobody took the march through the institutions seriously, even now.

The only resistance to the creeping radical project was grassroots opposition. It took the form of bloggers, alternative media and ‘populism’ outside the captured institutions. The radicals saw this inchoate enemy forming and called it ‘hate’ or the Deplorables.

The pandemic and the economy destroying response to it fortuitously created what they call in the trade a “revolutionary” condition. All that was needed was a spark. Seize the day. Seize the hour as Mao said.

What we have is a meeting engagement between the Gramscians vs the Minutemen. The radicals have lost their principal advantage, stealth.

Now that the Gramscian u-boat is on the surface the Minutemen should keep them there, spewing ridiculous statements, painting walls etc. They should take the initiative in ordinary life, going outside their precious institutions, in asymmetrical fashion.

“We must act as if the we — our homes, families, work and beliefs — were a fact. We defeat the Gramscian Empire by ignoring it”.

As the America writhes under the assault of her enemies it is too easy for We the People to be taken in by the stratagems of our foes and allow ourselves to become divided, fearful, enraged and so lose our own peace and courage. We can easily lose the beautiful vision of and commitment to our unique and precious Constitutional Republic.  They want to pit us against one another, they have been working towards a race war in America for many years.  They want us so terrorized that we will do anything to set the terrors at bay, up to and including national suicide.  They want us seeing red so that we strike out blindly against our fellow Americans and so lose our moral integrity. 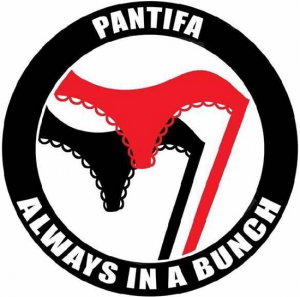 They are skilled manipulators and we must under no circumstances allow ourselves to fall into their trap.  They depend on manipulating us into making tactical mistakes that they can exploit for their eventual triumph and our eventual downfall.  In recent articles here, here, here, here, here and here I have broadly outlined the strategic and tactical doctrine of our enemies.  Breitbart has a nice summation here.  Having failed in the several attempted coups since 2016 they now employ Antifa as shock troops to force a Communist Revolution on us.  They are failing, but they are still dangerous.  There is more to come, at times there will be hard and heavy tidings and we must not allow ourselves to be dismayed or discouraged.

I feel a mighty counterrevolution coming on!