↓ Skip to Main Content
Home › Uncategorized › Floyd murder a set up?
Tamquam Posted on May 30, 2020 Posted in Uncategorized No Comments

Floyd murder a set up? 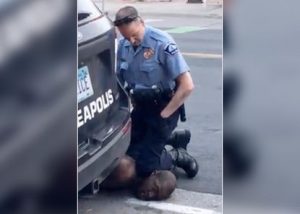 The death of George Floyd under the knee of Officer Derek Chauvin raises a number of questions that have not been answered.  Supposedly Floyd was pulled over for passing a bad $20.00 bill.  He was taken from his vehicle and offered no resistance to the officers.  Placed on the ground and handcuffed, Officer Chauvin then knelt on his neck for over eight minutes despite Floyd complaining that he couldn’t breathe, until he expired.  Chauvin and the three other officers on the scene, Thomas Lane, Tou Thao, and J. Alexander Kueng. were immediately fired.  Subsequently the Mayor of Minneapolis sought to have them all arrested on charges relating to the murder of Mr. Floyd.

Proper police procedure when a subject is cuffed and prone is pretty much to leave him alone.  If he is struggling to get up and the officer doesn’t want him up, is to kneel on his butt, this effectively immobilizes him  In addition to Chauvin kneeling on his neck there was also an officer kneeling on Floyd’s butt.  Regardless, Chauvin’s action was clearly abusive and well outside of policing norms.  Granted Chauvin was the senior officer on scene, but how odd that none of the others seem to have said, “Cool it, Chauvin.  You’re blowing it.  Why not just pick him up and toss him in the back seat of the cruiser?”

In recent years we have seen a lot of police brutality employed against the citizenry they are sworn to protect.  When it comes to police overreach there is no discrimination against Blacks, all races are potential victims.  There are certain people who crave the the power of life and death over their fellow man, and such people naturally gravitate to where they can exercise that power.  Qualified Immunity too often shields them from the consequences of their actions.  Most Police officers are good people honorably doing a difficult job made even more difficult by the mistrust engendered by their irresponsible fellow officers.

The coroner’s report states that Floyd did not die of traumatic strangulation or asphyxiation.  [UPDATE: a subsequent autopsy concluded the reverse.]  In the image above it is clear that Chauvin was applying pressure the the back of Floyd’s neck, and was not compressing the trachea of obstructing his nose and mouth.  It might be the case that the pressure on his neck constricted the carotid artery depriving Floyd’s brain of oxygen, but that would have resulted in unconsciousness and ultimately death in a lot less than eight minutes.  “Mr. Floyd had underlying health conditions including coronary artery disease and hypertensive heart disease,” said the complaint from the Hennepin County Attorney. “The combined effects of Mr. Floyd being restrained by police, his underlying health conditions and any potential intoxicants in his system likely contributed to his death.”

In any such scene an element of chaos inevitably enters in, this is no exception.  The following is from CBSMinnesota:

MINNEAPOLIS (WCCO) — An incident report by the Minneapolis Fire Department (MFD) is shedding more light on what occurred in George Floyd’s fatal arrest.

Released by the city Wednesday, the report describes confusion as the fire department responded to the scene to assist medical personnel.

Before arriving, the only information the fire crew had was that Floyd, called “pt” in the report, had trauma to his mouth. Fire Station 17 of Minneapolis then arrived at Cup Foods to multiple police squads on scene and a small crowd of citizens.

The report says while MFD attempted to locate Floyd, several people told them that the police “had killed the man.” There was no clear info on Floyd’s whereabouts from either initial police officers or bystanders.

The report says MFD was finally able to locate an officer inside the store, who told them that Hennepin Healthcare medics loaded Floyd into an ambulance and left the scene.

Meanwhile, the fire crew did locate an off-duty firefighter who witnessed the end of the struggle, and said that he saw Floyd go from struggling to unresponsive on the ground while handcuffed and subdued by police.

Dispatch then notified the fire crew that the medics needed assistance and they responded to 36th and Park Avenue.

Two of the fire crew members got into the ambulance. At that time, medics had a chest compression device working on an “unresponsive, pulseless” Floyd. The fire crew members assisted medics and accompanied them to Hennepin Healthcare, where life-saving attempts were continued.

“Medics performed pulse checks several times, finding none, and delivered one shock by their monitor. [Floyd’s] condition did not change,” the report said.

Then things go from chaotic to surreal.

George Floyd and now-former Officer Derek Chauvin both worked security at the El Nuevo Rodeo club on Lake Street, according to Maya Santamaria. Santamaria owned the building for nearly two decades, but sold the venue within the last few months.

‘Chauvin was our off-duty police for almost the entirety of the 17 years that we were open,’ Santamaria said. ‘They were working together at the same time, it’s just that Chauvin worked outside and the security guards were inside.’

Still there is much we don’t know.  How coincidental that Chauvin just happens to be the cop that pulls his co-worker Floyd over for passing a bogus $20 bill.  Where did he get the $20, what was he trying to do with it, and was it in fact counterfeit?  Was there even a $20 bill in the first place? We don’t know.  How strange that Chauvin kneels on Floyd’s neck for 8 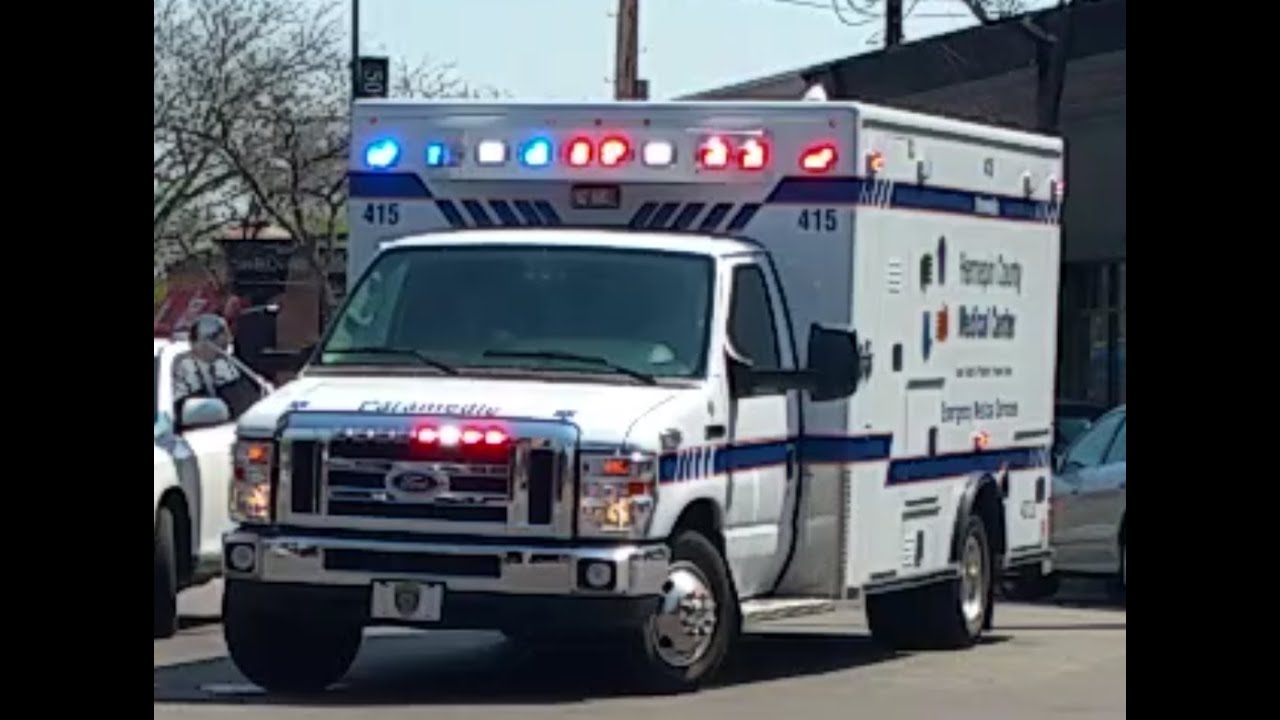 minutes in violation of protocol.  How odd that when the Fire Department got there they couldn’t find Floyd’s body, and had to hunt around until they got pointed to the ambulance that doesn’t seem to have been visible to them when they arrived.  Seriously, if you were a Fire Department type looking to assist an injured person wouldn’t you go peek in the ambulance first?  But they don’t seem to have seen it, how do you hide an ambulance on the street at a crisis scene?  At this point I’m not convinced that this hasn’t been staged to 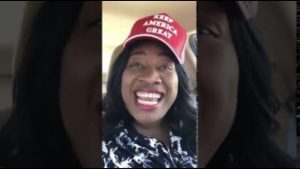 Update: People like this lady on the left also noticed discrepancies in the video, click on the image to view.

A distraction from what?  Glad you asked. 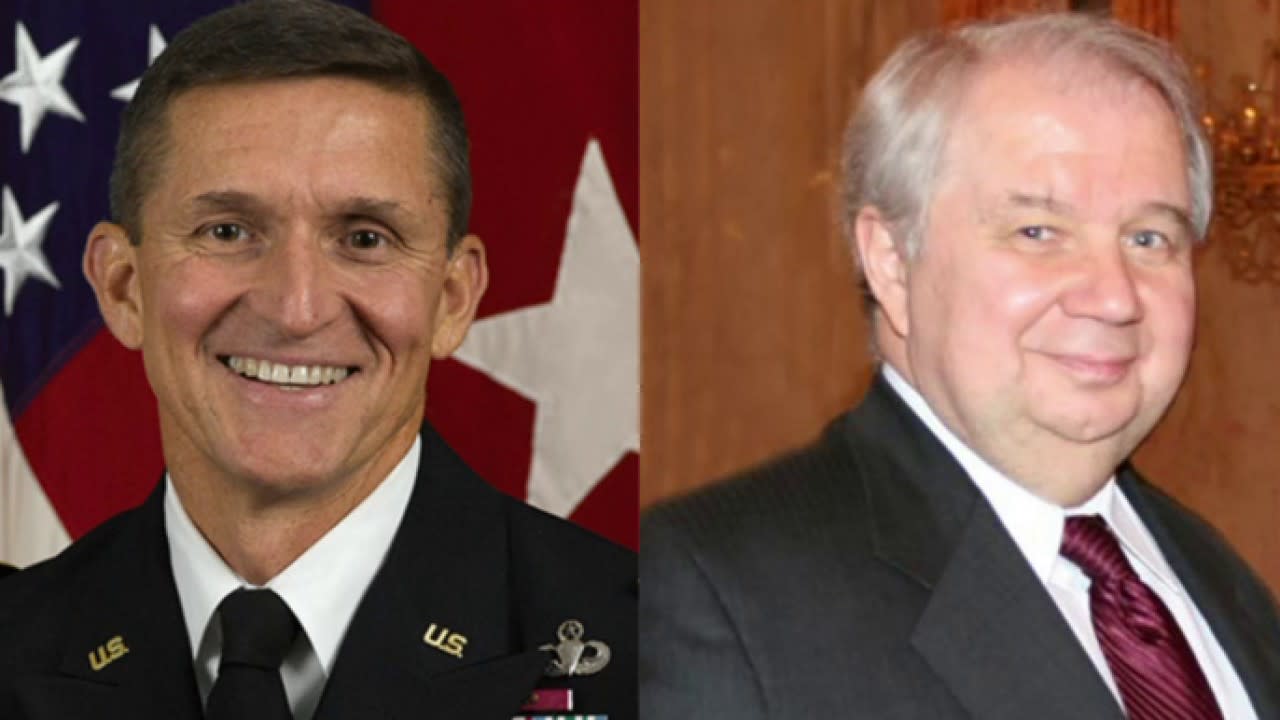 Richard Grenell declassified even more documents before stepping down in favor of John Ratcliffe, the new Director of National Intelligence.  This latest batch includes the transcript of General Flynn’s conversation with Russian Ambasador Kislyak.  Grenell has been extremely effective, having declassified and made public a mass of documentation that utterly exposes the corrupt FBI’s persecution of Michael Flynn and their failed coup attempt against President Donald Trump.  Granted you will not hear anything about all this in the mainstream propaganda outfits, but the riots following Floyd’s death guarantee that they will never hit the airwaves.

0 Comments on “Floyd murder a set up?”