↓ Skip to Main Content
Home › Uncategorized › We had to destroy the Republic to save it
Tamquam Posted on April 8, 2020 Posted in Uncategorized

We had to destroy the Republic to save it

In the last post I concluded the essay, The Wuhan virus pandemic: a scam? with 10 questions, this is the tenth.

The Wuhan virus is a real virus and the effects of the contagion are catastrophic for a small fraction of the population.  The response to the epidemic is irrational and the destructive consequences clearly foreseeable, yet the measures being enacted are pursued with vigor and determination.  Why?  Who benefits?

Why?  Who benefits?  This essay will attempt at least a partial answer to those questions.

It is a well known fact that every time there is a Republican in the White House the Democrats and their hangers on lose their collective minds and throw a multi year spittle-flecked, falling on the floor, kicking and pounding the ground, obscenity laced, screaming conniption fit.  In President Trump’s case this includes an additional cadre of RINO useful idiots.  RINOs typically pretend to be real Republicans then betray their Party when their votes are most needed to stop some Democrat lunacy from going forward.  Never have I seen such obdurate opposition from within Republican and “conservative” ranks. 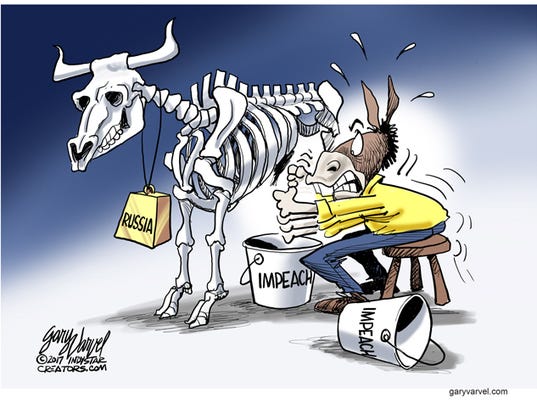 So the first suspects are, as always, the Democrats.  They have shown themselves willing to advance the most outlandish schemes in an effort to disqualify this President, undermine his candidacy prior to the 2016 election, hamstring his administration and have him removed from office once in.  They incited violence at his rallies and at his Inauguration, created a fake Pee-pee dossier, commissioned a false collusion narrative, attempted to invoke the 25th amendment, attempted an impeachment on no grounds and now want an investigation of his handling of the crisis capped with a demand for more Leftist pork in the relief bills – or else.  Given this consistently subversive behavior the mind is naturally inclined to seek accountability from that quarter.

Except that this crisis first reared its ugly head in the city of Wuhan in the People’s Republic of China when the Chinese Communist Party attempted to hide the outbreak of a viral epidemic.  Surely this is an act of Chinese incompetence and stupidity which cannot be laid at the feet of the Donks.  I think it pretty certain that the only thing that the CCP and DNC have in common are an unquenchable lust for absolute power and a fanatical dedication to the Cult of Marx and Lenin. 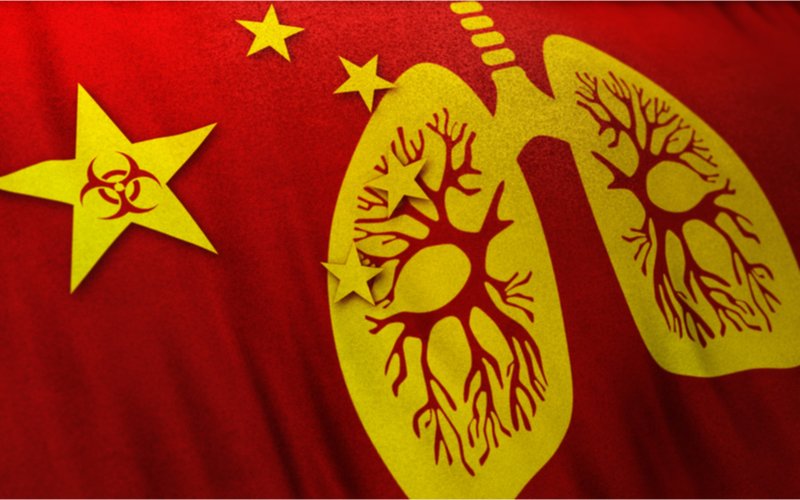 At this time I am inclined to think that the release of the corona virus in Wuhan was accidental.  I say “at this time” because it is known that China’s strategy for world domination involves the use of biological warfare.  There is no doubt in my mind that they intend to unleash a variety of tailored germs into the world at a time of their choosing, a time when they could hope reap the greatest gains at the lowest possible cost.  That time is not yet, the rest of the world is still pretty frisky and would put up more of a struggle than they might be able to handle.  They are patient (as we are not) and will bide their time (where we demand ‘Action Now!’).

But I can well believe that, the virus being on the loose and none but they yet aware of it, might realize that it would do enormous damage to their society and thereby retard their plans by some considerable measure.  The consequence of that would be that China would lose ground to the rest of the world, and particularly to “the principal enemy,” the United States.  So by a certain amoral standard they might devise a strategy whereby the whole world would suffer as much as they and China would not lose its relative position.  So maybe they just kept the Wuhan situation under wraps while sending unwitting ambassadors of contagion to all the world, just to equalize things going forward. 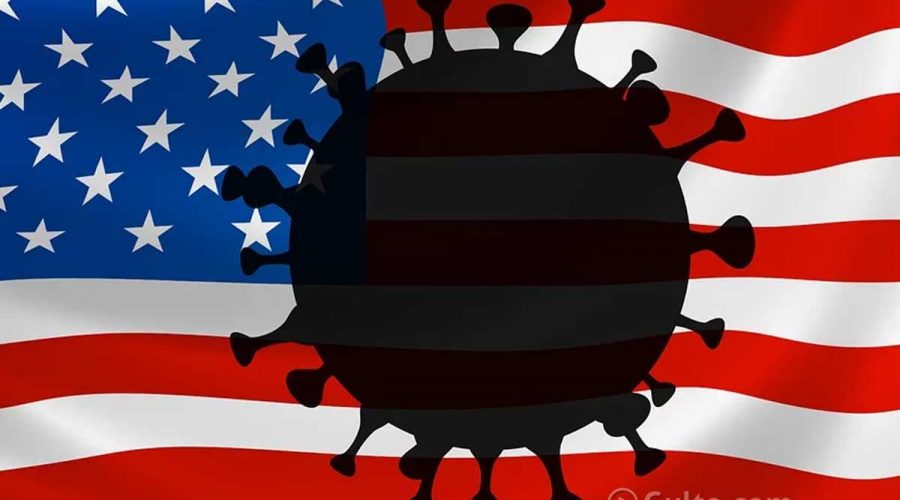 I could well believe such a scenario, but that does not mean that it is true nor does it explain what our government is doing in quarantining the whole country and collapsing the economy.  The CCP would certainly be thrilled were they able to pull off such a scheme and trick the US into committing suicide.  But it is a very long shot and the risks are not just high, they are potentially catastrophic.  But they ARE thrilled that we seem to have hit upon this policy all on our own and are happy to cheer us on.  Now that the US and the world are undergoing the trial by virus China claims to have beat it and presents itself as a model to be admired and  imitated by the entire globe. 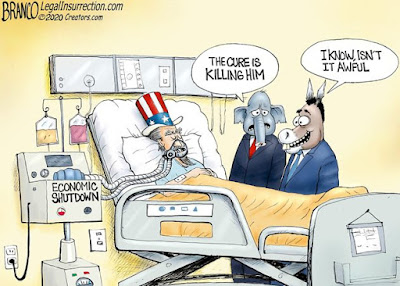 Nor can I believe that the Democrats would deliberately destroy the whole country to rid themselves of Donald Trump.  They want control of the US economy, the goose that lays the golden eggs, they don’t want to preside at its funeral and pick over it’s carcass.  To be sure, they will leverage this crisis to advance their agenda, that in itself would be devastating enough, but their agenda is power and control, loot and rule, not rebuild and scavenge. 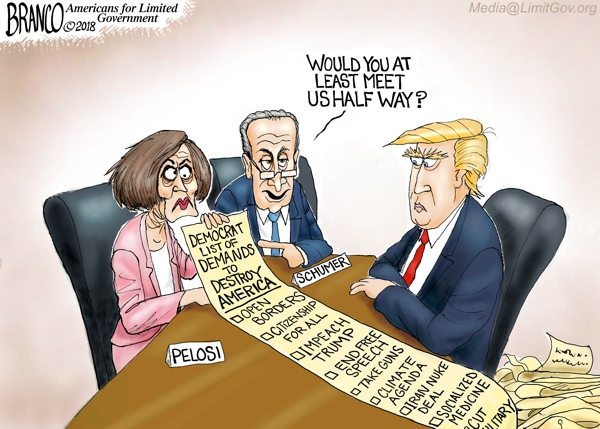 Like their fellow travelers, the Chinese Communist Party, the Democrats are delighted that these evil days should come during a Republican administration.  You can bet that while they proclaim solidarity with and demand handouts from a suffering nation, behind closed doors they are plotting and scheming how to leverage our national agony into electoral victory.  The demand for safety “justifies” advocating for universal vote-by-mail elections come November.  Victory without fraud is just no fun, but defeat is a proven total bummer.  Defeat is just what they are facing on that fateful first Tuesday, and they are determined not to suffer defeat again – ever.  We’ve seen this before and we’ll see it forever more – if we permit it. 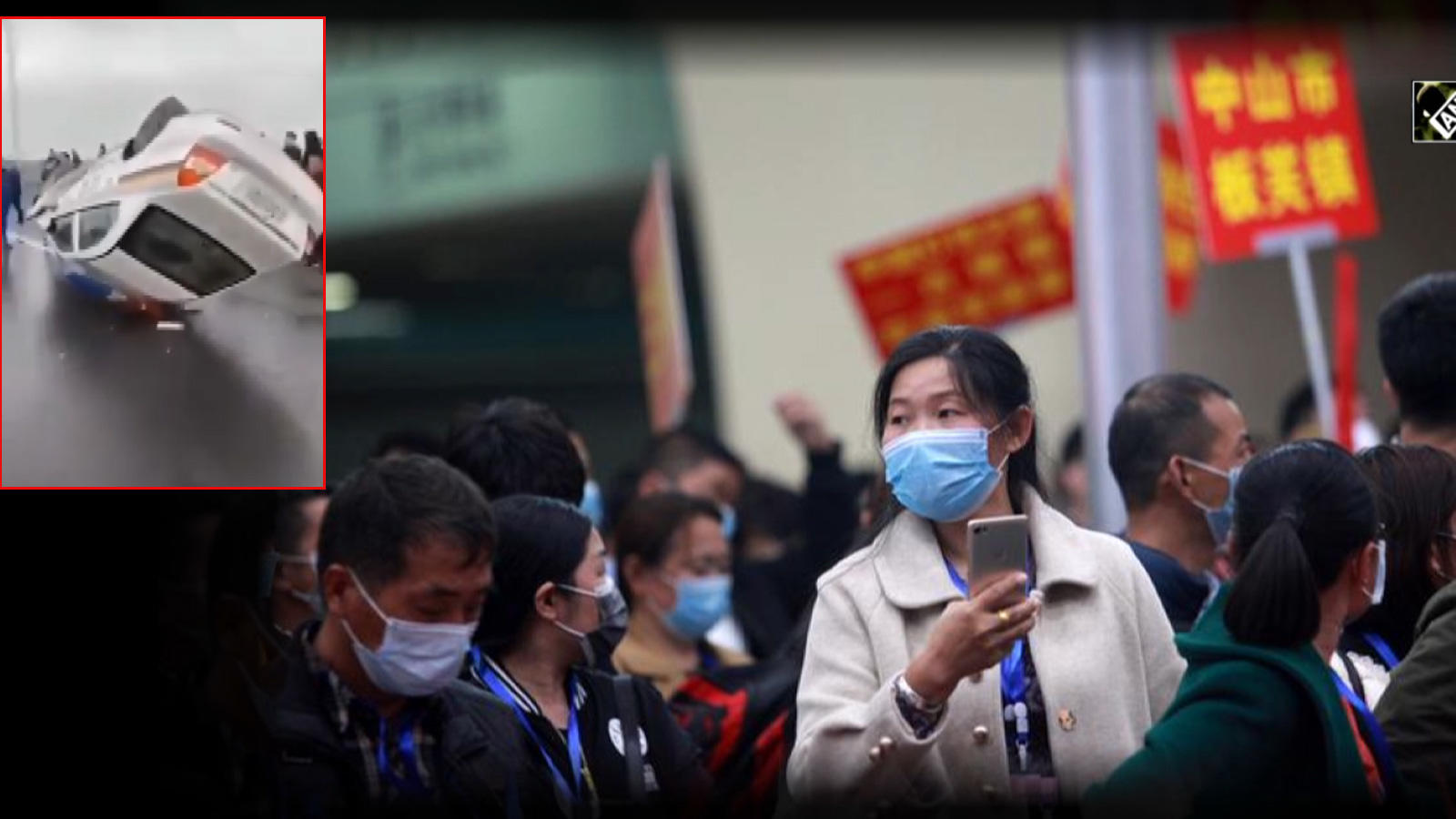 If viral outbreaks are merely a part of the cycle of life on this planet, and they are, and responsibility for this one cannot be laid at the feet of any human agency, then we need to look into the response the disease to answer our questions.  Across the world the response has ranged from exemplary (Taiwan) to crude and brutal (China) with various measures of competence and effectiveness in between.  As we have seen from the previous article in this series the American response has not been stellar.

Shortly after the outbreak in China was finally made public Dr. Anthony Fauci, head of the National Institute of Allergy and Infectious Diseases (NIAID) since 1984 said on January 25, 2020:

“It’s a very, very low risk to the United States,” Fauci said during an interview with radio show host John Catsimatidis.
“But it’s something that we as public health officials need to take very seriously… It isn’t something the American public needs to worry about or be frightened about. Because we have ways of preparing and screening of people coming in [from China]. And we have ways of responding – like we did with this one case in Seattle, Washington, who had traveled to China and brought back the infection.” 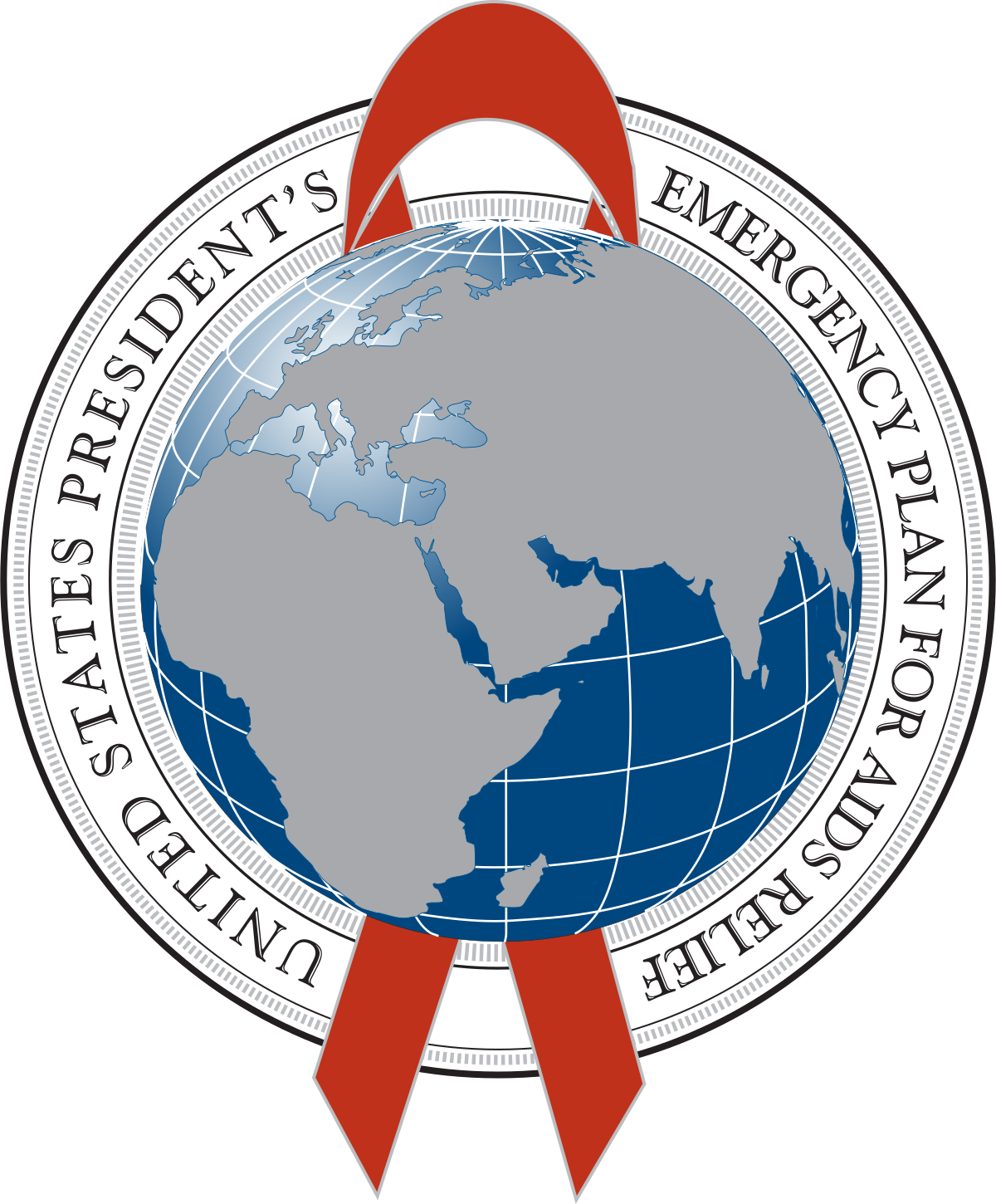 He has since changed his tune.  When President Trump created and set Vice President Pence in charge of the COVID-19 Task Force a couple of days later, he included Dr. Fauci and Dr. Deborah Birx in the team, at Vice President Pence’s insistence.  All three of these are or have been members of the President’s Emergency Plan for Aids Relief (PEPFAR), established in 2000.  PEPFAR disburses billions of dollars in grants to various agencies internationally helping infected people cope with AIDS.  In fact, Dr. Birx, who was appointed by President Obama to serve as U.S. Global AIDS Coordinator & U.S. Special Representative for Global Health Diplomacy in which capacity she oversees the implementation of PEPFAR

and all US engagement with the Gobal Fund.  Dr. Birx, whose medical license is expired, also sits on the board of the Global Fund to fight Tuberculosis, AIDS and Malaria.  In addition to government grants, the Bill and Melinda  Gates Foundation donates very generously to the Global Fund, which is managed by the UN and is not transparent to outside agencies, including its donor nations. 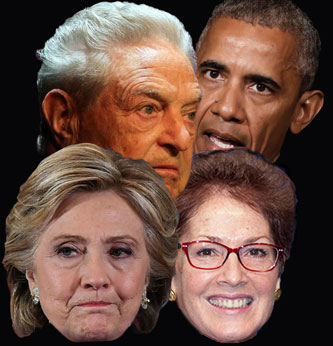 In January 2019 Dr. Birx increased the PEPFAR allocation to Ukraine through Ambassador Marie Yovanovich by 66% to $30,000,000.  That was  before President Trump fired Ambassador Yovanovich in May and before the impeachment attempt at which the Ambassador testified.  AIDS charities in Ukraine have been bedeviled by corruption scandals. Not uncommonly between 66% and 75% of funds get embezzled for other projects, including some of George Soros funded organizations.

On October 18, 2019 Bill Gates in conjunction with the World Economic Forum held a pandemic planning exercise in New York called Event 201.  Dr. Fauci and Dr. Birx both have close ties to the Bill and Melinda Gates Foundation and, no surprise at this point, a conflict of interest. 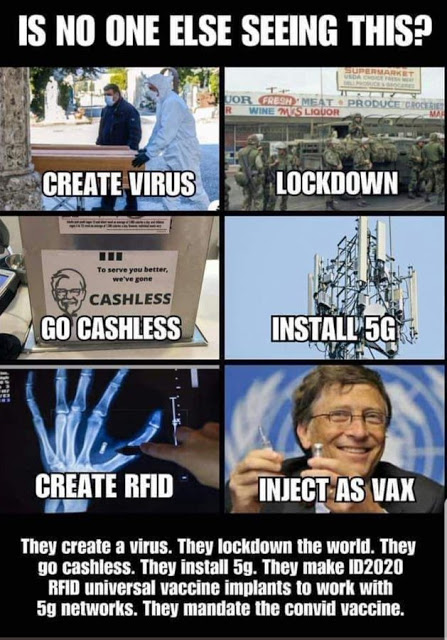 Although Gates refused to have his own children vaccinated he has become probably the world’s leading advocate for universal vaccinations.  Is it perhaps for this reason that Dr. Fauci and Dr. Birx were so negative on Dr. Zelelko’s hydroxychloroquine / with Zinc cocktail, advocating for developing a vaccination instead?  Hydroxychloroquine is cheap and off patent, but there’s money in taxpayer funded vaccine development.

The Bill and Melinda Gates Foundation, George Soros, the World Economic Forum, the World Health Organization and the United Nations, it all reeks of our 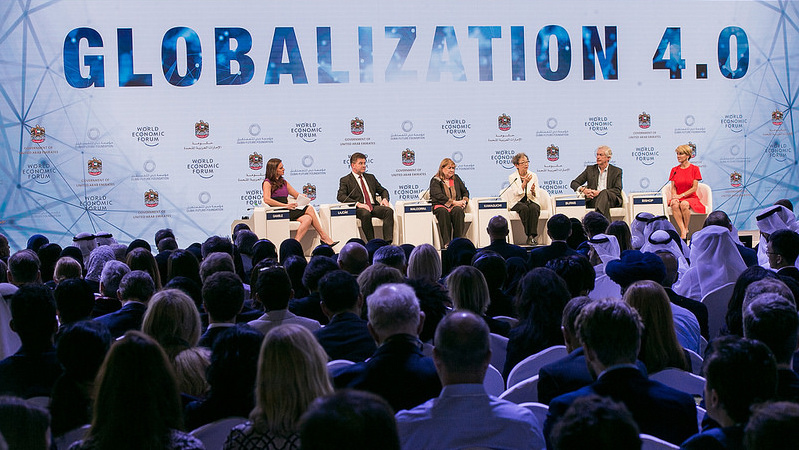 self appointed wanna-be One World Masters.  These are the Davos elites the new aristocrats who dream of bestriding the planet with their superior, progressive vision, the Davos elites that despise us, the Deplorables (TM), who cling to our Bibles and our guns.  These sanctimonious Citizens of the World who clamor for a borderless world in which they are the Great and Good that guide us like cattle to a bright, managed, equitable future with which must perforce be not only satisfied but grateful.

I will suggest that it is these who, pulling strings high in the background where we cannot see them, cannot know them and certainly can never hold them accountable, who are responsible for this Wuhan virus panic.  They would be only too happy to engineer the downfall of advocates of national sovereignty like President Trump, and this America whose sovereign citizens are imbued by our Creator with inalienable individual rights minimally codified in the Constitution and the Bill of Rights.  Davos Man sees China’s totalitarian police state as a better model of government for their Brave New World than the United States of America, as their paid propagandists have so often told us.  These are the same paid mouthpieces that created and sustain the Wuhan Flu panic and are keeping millions of Americans under house arrest. 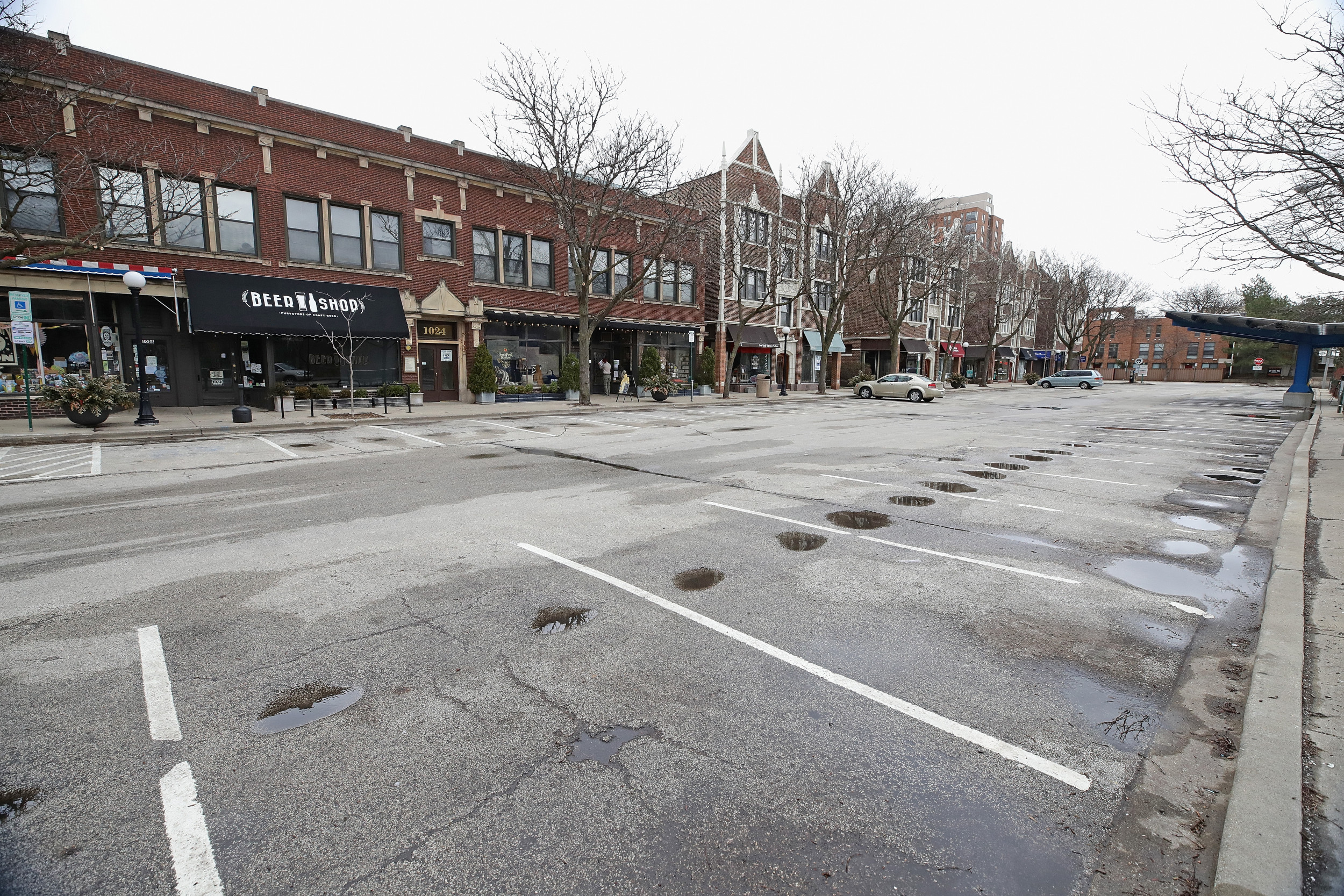 Every day that the lockdown is in place thousands more small businesses collapse never to reopen, their former employees now unemployed.  Worse, most are in some kind of debt, whether it be their credit cards, their car loans or their mortgages which they now cannot pay.  That will cascade up through their creditors, and some of them will go under.  Meanwhile these billionaire vultures will wait and swoop down on bankrupt businesses and 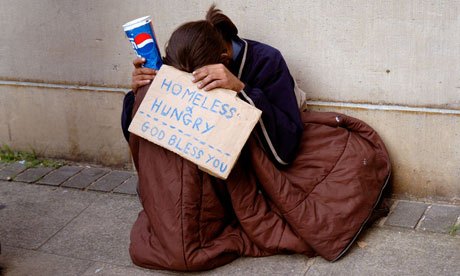 financially broken families and snap up their devalued assets at bargain basement prices, just like they did following the housing crash twelve years ago.  Americans will be reduced to beggary and the soul crushing  dependence of the destitute.  The American Dream will become the hope for the opportunity to sell our freedom for a crust of bread, and actually finding the bread. 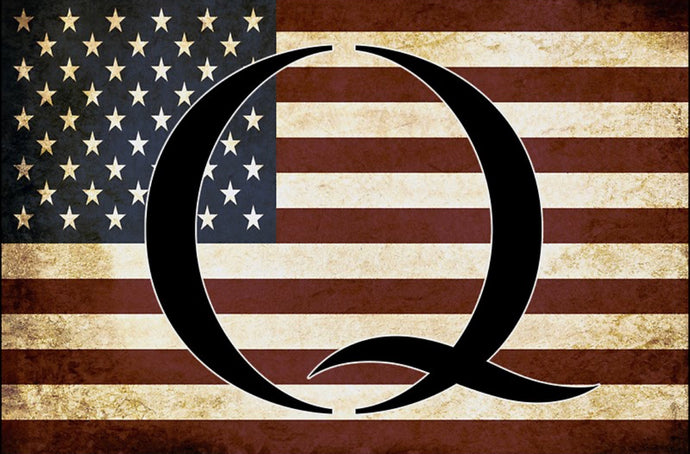 America needs to go back to work, to do otherwise is national suicide.  And if the government at whatever level will not officially give the word, then let We the People exercise our civic responsibility and practice civil disobedience, and JUST DO IT.