↓ Skip to Main Content
Home › Uncategorized › There will be blood, make sure its not yours
Tamquam Posted on February 25, 2021 Posted in Uncategorized No Comments

There will be blood, make sure its not yours

Gateway Pundit has published an article that reprises an article they highlighted from the American Spectator back in July of 2020.  It concerned the four stages of a Communist takeover as outlined by Yuri Bezmenov, a KGB defector.  Congratulations to Gateway Pundit, I suppose, better late than never.  Your Irascible Correspondent published a much more complete overview of Bezmenov’s four stages as they applied to our situation back in April of last year:  Part 1, Part 2, Part 3, Part 4, Part 5. 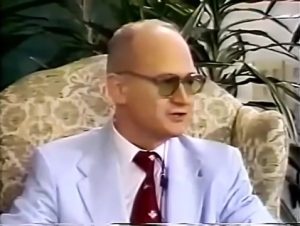 Bezmenov’s original presentations are still well worth studying.  We are pretty clearly in Part 5, Normalization.  Having effected a successful revolution and seized control of the government, the new Revolutionary Regime is attempting to legitimize rule, quell resistance and cement its power.  Sadly this is a process that will likely continue until the regime falls; totalitarian regimes are never at peace with their own people.

What can we expect going forward?  Lots more violence. 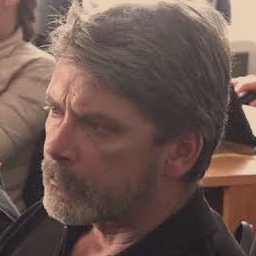 Regrettably my source for the next paragraph, an independent journalist by the name of George Eliason, has been deplatformed from the location where his excellent and well sourced articles were published, and these removed.  I am hopeful that they will turn up elsewhere eventually.  I am certain that it will not be easy as he exposes the Obama and Biden regimes in depth and in detail.

In the first place, Antifa and BLM are largely veterans of the Color Revolution engineered by Obama in Ukraine.  Many more are veterans of the color revolution abetted by Iran in Lebanon.  Many have received military training and experience in Syria.  All these people were shipped over here by Obama for the express purpose of forming a domestic revolutionary Terror Army.  For the last six years these people have recruited radical anarchists, social justice warriors and common criminals into this army.

The whole purpose of these “liberal” District Attorneys is to make sure that the Terror Army remains intact and that citizens who have the fortitude to oppose them are prosecuted, cancelled and destroyed.  This is why the police so often stand idly by while ordinary citizens are assaulted and property destroyed.  That is why these (really, really) bad actors are no sooner arrested than they are released.  The New Revolutionary Government is continuing to recruit, pay and support this Terror Army.  That is why the Demoncrats can’t bring themselves to condemn the rioting, but can unequivocally condemn the truly mostly peaceful January 6 demonstration in Washington DC.  We now know that Antifa was inciting violence while pretending to be Trump supporters.

This Terror Army serves two purposes.  First, it makes the radical totalitarians in the Democratic Party appear reasonable.  These are people appear to be people that can be negotiated with while at the same time they give cover to the Terrorists.  The fact that the (mostly Faux Opposition) Republicans are attempting to negotiate with the Donk leadership lends a patina of legitimacy to what is in truth a revolutionary coup.  In fact, the Terrorists and the Revolutionaries are on the same side and are coordinating their activities. 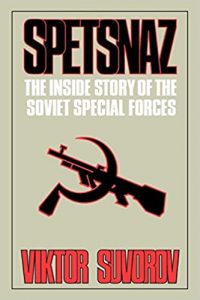 Second, the Terrorist Army creates the Gray Terror.  In his book Spetsnaz, Victor Suvorov, a Soviet era defector from the GRU (Soviet military intelligence), explains the purposes of the Gray Terror.  It is a series of seemingly random acts of violence, assassination and sabotage designed to create such a level of fear, uncertainty and confusion in the target population that they are unable to understand what is happening, organize a coherent response and so are reduced to helpless passivity.

There are several things that can be done about this.  First, since the planned outcome of these actions is to paralyze us with fear uncertainty and confusion, we must eliminate the uncertainty and confusion by being aware of their goal and making others aware of their goals.  Once it is understood and has a context it is no longer confusing and uncertainty disappears.  What they are doing and why they are doing it must be exposed as much as possible.  These people hate to have the truth about them laid plain in the light of day, so lay it out and don’t let them hide.

Second, the results of their violent actions must be laid at the feet of their enablers and paymasters.  The politicians at every level where these things are allowed to happen must be continually challenged, accused of complicity and their resignations demanded if they continue to cover for this Revolutionary violence.  They must be constantly hounded with the fact that they are enabling, abetting and encouraging it, that they are in dereliction of their duty and that they must give the People an accounting of their actions or omission or be dismissed from office.

Fear is a natural response to danger; Antifa and BLM are dangerous physically and ideologically.  They must be driven out of our communities.  But that does not mean that we need to track them down and confront them directly.  Stay away from where they are active!  They run in packs, so be aware of your surroundings and if you see them coming, get out of the way.

Once the authorities who are in cahoots with them are put under pressure, forced out of their positions and the police ordered to their jobs and restore order these people will have no cover and be less eager to riot. So focus on the leadership.  Under no circumstances face off with these evil people unless you have at least equal numbers with a lot of tough men who can handle themselves.  Let these act as defenders against Antifa, not as attackers out to get them.

The success of the Revolutionary Regime depends on keeping us scared, confused, isolated and paralyzed.  That is their recipe for victory.  A population that is alert, aware, united and determined cannot be subdued by bullies.  Be the kind of person you will be proud of, and others will follow.  That is our recipe for victory.

Above all, pray that God will so fortify the spines of you and your neighbors that America will continue and always be One Nation Under God.

If you found this article helpful please be sure and share it.

0 Comments on “There will be blood, make sure its not yours”