↓ Skip to Main Content
Home › Uncategorized › Rep. Ken Buck (R): are you a traitor? Sec. Alejandro Mayorkas: I am proud of my work
Tamquam Posted on May 3, 2022 Posted in Uncategorized No Comments

Rep. Ken Buck (R): are you a traitor? Sec. Alejandro Mayorkas: I am proud of my work

Well, it is a step up from, “How dare you question my patriotism,” I suppose. He does not deny that he is a traitor, declares that he is proud of doing the work of a traitor.

Alejandro Mayorkas is currently the head of our Department of Homeland Security (DHS).

One of the duties he has is to ensure the border security of the United States and protect us from terrorists, human traffickers, drug dealers, and diseased masses.

Mayorkas isn’t interested in doing his job. Instead, he’s been going on about how “white supremacy” is the largest security threat facing the United States.

He has no statistics to back it up, nor any facts, but he feels strongly about it, clearly.

As for the border? Mayorkas recently talked about the plan to pull doctors, nurses, and funding from our Veterans Administration (VA) and redirect it to the southern border to look after illegal aliens.

Now, Republican Congressman Ken Buck of Colorado is giving Mayorkas an earful and calling out his treason to his slimy face. 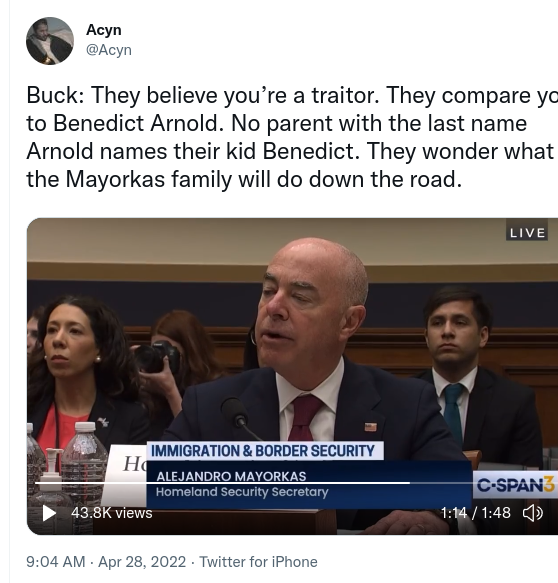 The secret background you’re not supposed to know: 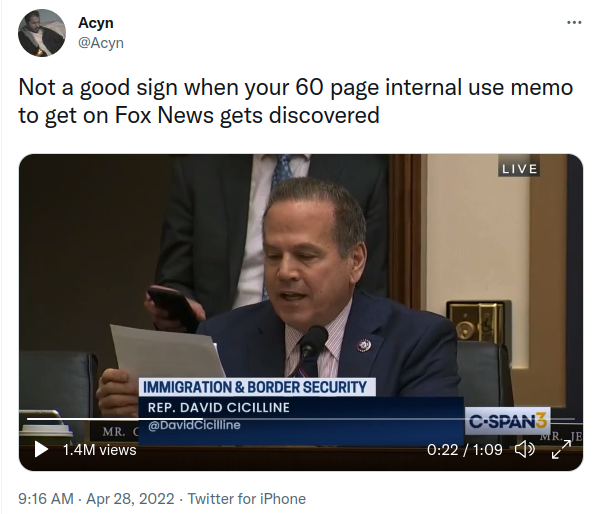 Mayorkas is a paid operative working to usher in the Glorious World of Next Tuesday for the American Communist Party (D), the People’s Republic of China and the Davos Globalist elite.