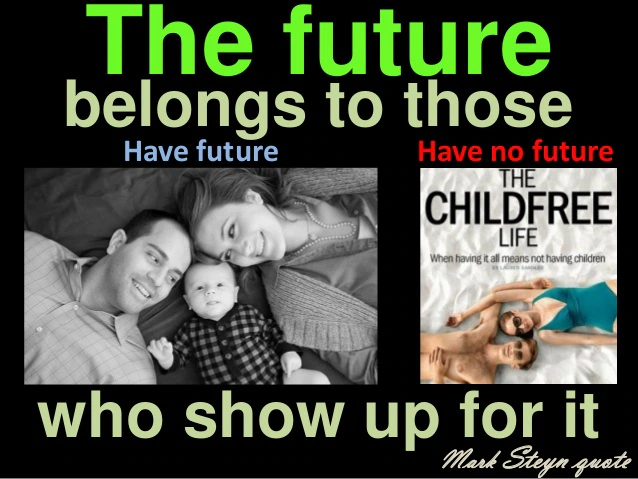 Incentives matter.  Decisions have consequences.  The future belongs, as Mark Steyn noted, to those who show up for it.  Join our collective forgetfulness of these basic truths with the clear fact that numbers 40 and 41 of the 45 goals of the Communist subversive agenda have been achieved and we have created a monster that will not soon be put down.

I fear the full horror of what we have collectively achieved has not yet dawned on us, and many there are who will not see it because the reality is just too painful and solutions too difficult.  Not to mention that the damned Commies are still at work promoting their demonic agenda.  There is no help for it, however.  If America is to survive we must take up our cross.  As they say in the recovery community, the way out is through.  Some have seen this coming and warned us; as always with prophets, most did not want to hear.

Karl Denninger lays it out for us by the numbers, which are horrible.  The good news is that we can win this in the long run.  The fact that the radical left is fighting a rear guard action against America is evidence that we are already winning.  Incidently, your Irascible Correspondent is older than Karl but fully intends to be around in 20 years and still in the trenches for America.  Here’s Karl:

I guess there’s good news in here somewhere….. Being nearly 60, the odds are good I won’t live long enough to really get rat****ed by what’s inevitable.

What am I speaking of?  That the population of the US was basically flat through 2020.  I’ve also noted that the non-institutional population in the labor tables, which measures those 16+ unless you’re in prison, the funny farm or a nursing home, has lost nearly 1 million annualized of its normal acceleration — a 50% decline.  That pattern showed up on a 12-month rolling basis beginning in January and, fortunately, it now appears to be leveling off — but not recovering.

No, importing third-world people will not fix it because it can’t.  Most of those folks are wildly behind western standards when it comes to education and once they get here and in, assuming we let them, they will find out why we’re not having kids and will choose not to either.

The problem is structural.  We made creating children wildly unattractive across the board.  Yes, there’s an innate drive — duh.  But you can put your thumb on the other side of the scale, and the United States (along with many other nations) have done exactly that.

First we destroyed, intentionally, the ability for a two-parent, four-person home to be self-sustaining for the vast majority of couples.  This used to be trivially easy; one person (usually Dad, but not always) went off to work making cars, steel, mining coal, whatever.  Mom (usually) birthed and then stayed home and took care of the household and the children until they were old enough to go to school, and then of course afterward.  This division of labor had its issues and many complained about “equality” (and indeed, there were issues especially if you had people who wanted to do it the other way) but there was no argument that it could and did work.

We ruined that on purpose with the “economy of more.”  Bigger (more expensive) house, cars, the Joneses and all the rest.  We deliberately ratcheted up the cost of living, first with the screwing that everyone took in the 1980s and then continually since with so-called “health insurance” and more.  Health care went from 4% of GDP to roughly 20% and despite two cases at the USSC making clear that price-fixing and forced-purchase of “insurance” to avoid being screwed by a bill 10x as large as someone who had bought it were in fact covered by 15 USC Chapter 1, which declared all such actions criminal felonies, not one politician or DA arrested and prosecuted anybody; their “campaign contributions” and lobbying were both effective to stop it.

The bloat in all manner of insurance, which is the natural expected outcome from such firms, along with the wildly-rising imputed tax structure (irrespective of alleged “income tax”) which skyrocketed over the last 20 years, never mind the “wokeism” as a greater extension of “feminism” that has declared that men are horrid creatures, especially white men and that families are an anachronism, has made for even more pressure to not produce kids.

The associated problem is the beautiful at any size nonsense.  When I was a teen and young adult most of the girls and young women I went to school with I considered physically desirable.  I might not liked them as people but they were physically attractive in my opinion.  This is no longer true for both boys and girls; the majority of college-age men and women today I would have no desire to sleep with — just on appearance alone!

Who makes kids today anyway?  To a large degree those who don’t care about the kids and just look at them as a way to get a check.  That means they don’t give a wet crap about who they sleep with either — neither physically or on the merits of character.  That’s not everyone of course but that’s where the incentive lies as promulgated by government programs, and whatever you put into incentive as a government you will get more of.

We got it and we should not be surprised, since that’s where we put our incentives.

But now even that is falling apart because even with the incentives you can’t make it work.  Rents are skyrocketing, you can’t get a job that will cover even you, and even handouts are not enough.  Never mind that it gets old fast if you didn’t really want that in the first place.

Now add to it that young people who are intelligent can see that the old “safety nets” for old age will not be there for them.  They can’t be there given the irresponsibility of our current people and government.  The funds are just not there and can’t be taxed, since you can’t tax what someone doesn’t earn.  If you emit more credit all you do is force up prices; that actually has a negative result.  They’ve been seeing that for the last 20 years; you can’t spin pizzas and go to college anymore, for starters.

So what’s a woman to think in that environment?  She’s got a crappy choice of men (and men have a crappy choice of women!) and, once the kids are grown and the checks end….. what now?  Starve under a bridge?  Maybe it makes much more sense to enjoy whatever of life you can because it has been demonstrated over decades you will be screwed out of whatever you accumulate tomorrow.

All this did not come around in a day, or a year.  But then we added onto it when a nasty respiratory virus showed up — we forced young people inside, behind masks, and demanded they not socialize.  Well, who makes kids?  Grandmothers?  I don’t think so.  Other times of stress have come, including the pandemic of 1918 when the incentives were there for strong pair-bonded heterosexual, fecund family units.  That tends to make for a baby boom for all the obvious reasons.  Stay inside with my wife or husband eh?  Gee, I wonder if we should talk about whatever pops up?

How does said 18 year old make a baby when locked in their home by themself under orders of the mayor or governor?

When you tell everyone including young people to be scared of their own shadow, closing the schools, colleges, bars, dance clubs and other places young people congregate and lead to forming such fecund family unit….. not so much.

Should we surprised by this?  No.

Will it quickly correct itself?  I doubt it.  Why would it?  Are young people going to suddenly deduce that their government wants them to have stable 2-parent heterosexual families and make kids?  What incentives do you see in the forthcoming year or three that would lead young people to believe that?  If they make that choice will it be a good thing for them?  Can one of them go to work and other raise the children?  Can they pay for food on the table?  Is something going to be done about the $10,000+ it costs to deliver said child, all due to the extortion and price-fixing it the medical system?  Are we going to do something about the wildly unhealthy lifestyles, including people who use nothing other than their thumbs on a game controller or stare at a screen, to encourage young people to meet and decide they like each other?  Will we stop telling them to fear their shadow and, since we’ve done it for the last two years, admit we were lying?  And will we provide an environment for them that leads said young person to believe that their childrenwill have a great nation to live in when they reach adulthood?

I’ll take the under on any of that.

Yeah, it’ll be 18 years before the rubber hits the road.  After all, that’s how long it takes to grow a human from birth to adulthood.  By then I’ll be approaching 80, which is beyond the average life expectancy for someone born in my year.  In other words every new day, at that point, will be one that I have no reason to expect will come for me.

But for those who are younger they’re going to get to live this — and its our fault — those of us who are here now and yet didn’t put a stop to any of it over the last 20+ years. 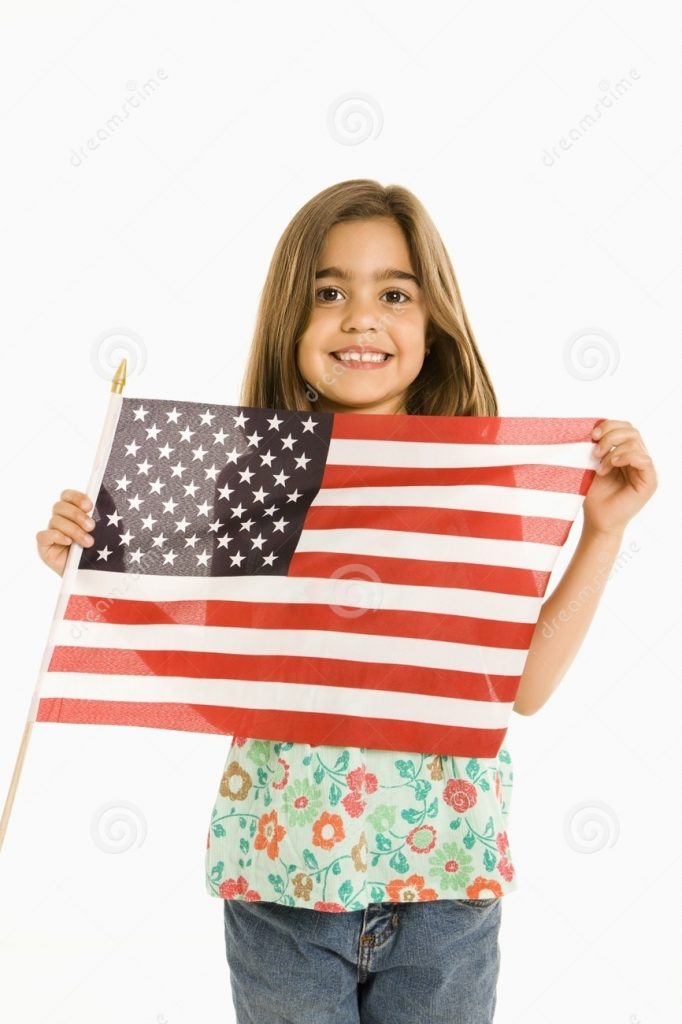 If in God we trust, and God knows there is really not much else we can trust these days (nor ever was), then we’d better get busy recognizing the truth and embracing it, not just intellectually, but in the manner we live our lives.