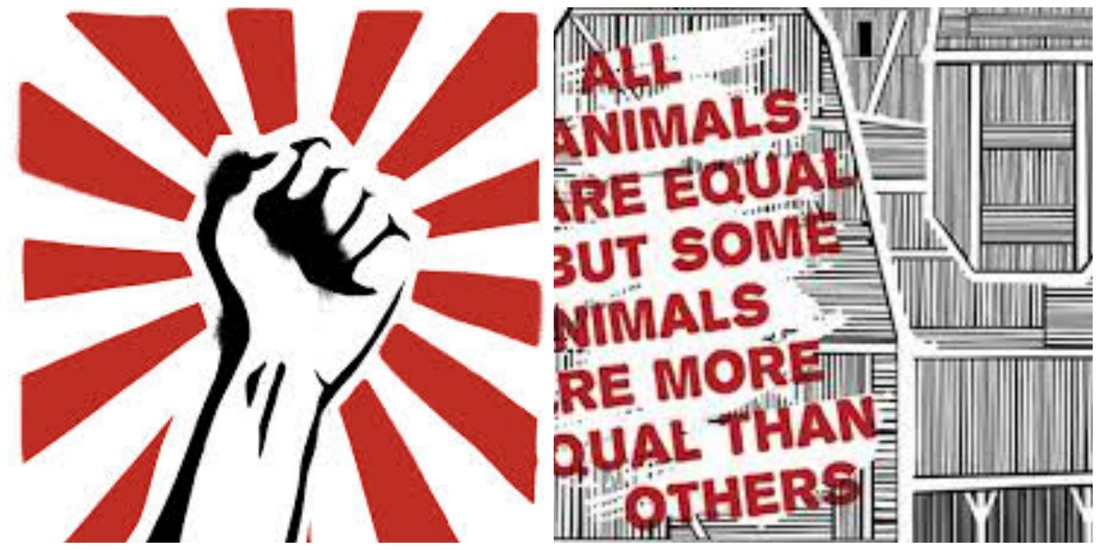 In his satirical novel Animal Farm George Orwell lampooned Stalin’s Soviet Union to devastating effect.  As in Orwell’s mythical farm Socialism’s tyrannical career always follows the same course and leads to the same end: famine, terror, mass murder and failure.  We have seen that wherever it has been tried, and now that the Puppet Revolutionary Junta has seized the levers of government through fraud and deception we are seeing the beginnings of it here.  Awful as it has been so far, far worse is coming, until we finally decide to put a stop to it.

In the USSR they shipped the dissidents off to the camps.  In the new USSA the whole country is the Gulag, you need an official pass to get out.