↓ Skip to Main Content
Home › Uncategorized › Arizona audit: the canvass is the end of the beginning of the end
Tamquam Posted on September 12, 2021 Posted in Uncategorized No Comments

Arizona audit: the canvass is the end of the beginning of the end

Last week the AZ audit team reported the results of the canvass.  Volunteers went around to speak with voters to see if they had indeed voted.  The results can be found at The Gateway Pundit.  The results have led to a call to de-certify the election. Supposedly the rest of the results will be released this week (your Irascible Correspondent can hardly wait).  The Donks can’t win if they don’t cheat.

So they’re cheating like crazy (so what else is new?).  The Gateway Pundit again carries the story: Republicans in SoCal Have Trouble Casting Recall Ballots – Many Told ‘They Already Voted’ – Even Though They Had Not.  Do not be discouraged from voting if this is the case with you, vote by provisional ballot anyway. Signature verification should sort that out eventually.  Sounds like a class action lawsuit coming on.

The results of the Arizona forensic audit will plunge a stake into the heart of Democrat legitimacy nationwide.  We have been seeing calls for forensic audits from many legislatures across the country, these results will likely have the effect of making those calls irresistible and of spawning many more.  There is an excellent chance that the composition of legislative bodies at all levels of government will change, swinging majorities into the R column.  Unfortunately I doubt if it will destroy the Democrat Party, though it will be crippled for some years.  They will be forced to recreate a reason to exist once the Marxism has been exposed, they will have to re-invent themselves pretty much from scratch.

In the very short run the Democrats will react badly, and will drive their allies to do all kinds of silly things to try and get back into cover.  It won’t work, but it will be a dangerous time, so be careful; avoid crowds, maintain situational awareness.  We’ll have a Constitutional crisis which will play itself out over some period of time.  The Mainstream Media will be totally discredited, and some outlets destroyed (I’m looking at you, CNN, PBS).  Ties to foreign Communist governments and politicians on both sides of the aisle will be uncovered prompting even more chaos.

In the longer term the Republicans will overcompensate, going from battered wife to cock o’ the walk practically overnight.  They will overreach unless the electorate can keep a very close eye on them and hold them to account on practically a daily basis.  As parents are discovering all across the nation, parents who previously had never paid any attention to their local school boards, we simply cannot afford the elect and forget democracy; that is a recipe for disaster. 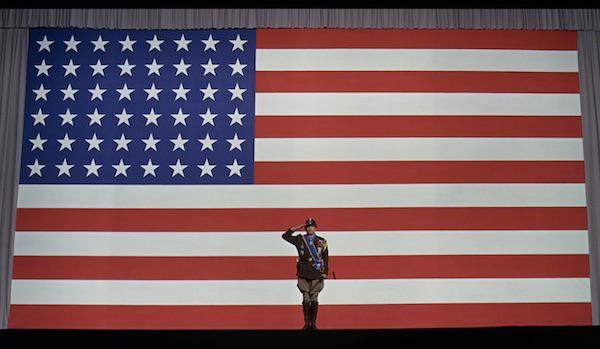 Be of good cheer, we are winning.  Winning doesn’t feel like a victory party, if feels like struggle, uncertainty and exhaustion.  Victories don’t come except by intense determination to win in the face of opposition.  Winning isn’t ticker tape parades, it is D-Day followed by almost a year of hard fighting all the way to Berlin.  Our D-Day is behind us, all we have to do is stick it out.  We can do this; we are doing this.  The only ones who can stop us is us.  Persevere, and the victory is ours.

0 Comments on “Arizona audit: the canvass is the end of the beginning of the end”