Earlier this week members of the forensic audit team presented some of their findings to a panel of the Arizona State Senate.  What they said and the way they said it was, in my opinion deliberately, not very exciting.  It was devastating, however.  We have all known that something was wrong with the November 2020 election.  Soon after it was clear that there were many “something wrongs.”  This panel examined what was wrong with the ballots themselves.  What was wrong was egregious enough that a call has been made to de-certify the election in Arizona by recalling their Electoral College electors.

Because the AZ audit was to well thought out and so well done that other States are lining up on forensic audits of their own.  If these audits prove what we all strongly suspect the the results of the election will be overturned and the country plunged into a Constitutional crisis.  What follows from that is unknown, we will truly be in “Injun country” then.  We aren’t there yet, and distasteful as it is that is where we are headed and is in fact where we need to go.  Sufficient unto the day the evil thereof, my mother used to say.

So here is an interview with Jovan Hutton Pulitzer and the founders of The Gateway Pundit, Joe and James Hoft.  It is amusing to me that Pulitzer takes over and basically interviews the Hoft brothers.  Nonetheless the interview is fascinating because Pulitzer explains the significance of the evidence presented to the AZ Senate.  Rest assured that you won’t see this on Youtube!  Click on the image below to get a great education. (WARNING – some adult language) 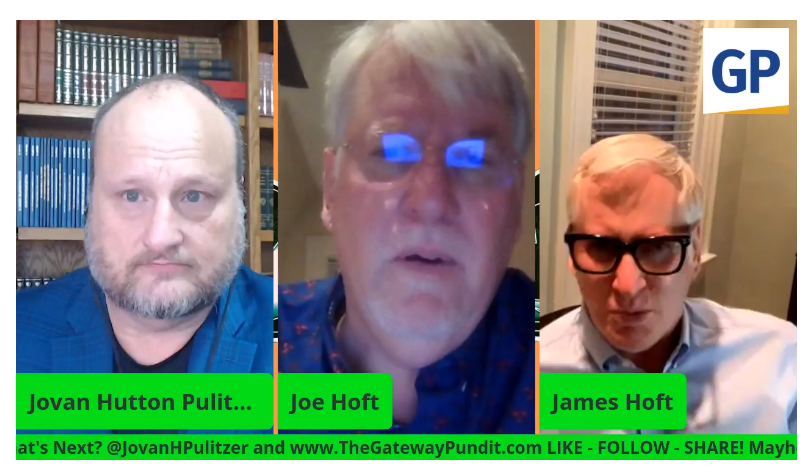 Your Irascible Correspondent can hardly wait to see the rest of the evidence.