↓ Skip to Main Content
Home › Uncategorized › American Creed – worth living for, worth dying for
Tamquam Posted on May 31, 2021 Posted in Uncategorized No Comments

American Creed – worth living for, worth dying for 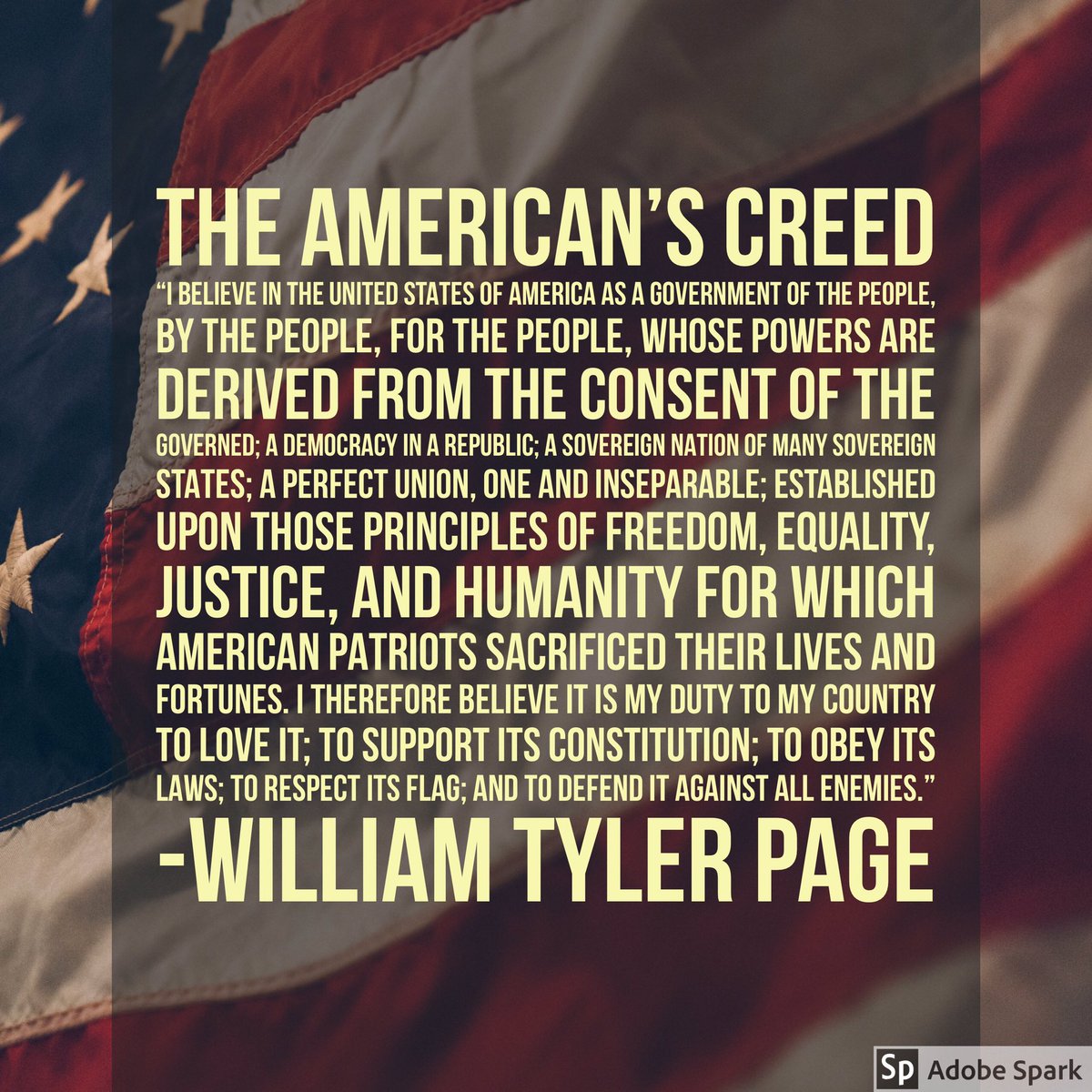 At American Digest, one of Gerard Vanderleun‘s constant readers, Jen Logueflower sends in this Memorial Day contribution, sung on Memorial Day Eve across the street from the Avenue of Flags at Graceland Cemetery, Mineral Point, Wisconsin, America, in the Year of Our Lord, 2021.

Backstory: William Page 1868-1942 great-great-grandfather was a member of the House of Burgesses of the Province of Virginia. He was also descended from the 10th US president, John Tyler. At 13, began his national public service as a page. It was the beginning of a 61-year career.

At 49 he submitted an entry to a patriotic contest as America entered WWI. The goal of the contest was to have a concise but complete statement of American political faith. Inspired on the way home from church, having just recited the Apostles’ Creed Page drew on Declaration of Independence, Preamble to Constitution, Gettysburg Address, and Edward Everett Hale’s 1863 short story ‘The Man Without a Country.”

His creed was chosen from more than 3000 other entries.

The Text: “I believe in the United States of America as a government of the people, by the people, for the people; whose just powers are derived from the consent of the governed; a democracy in a republic; a sovereign Nation of many sovereign States; a perfect Union, one and inseparable; established upon those principles of freedom, equality, justice and humanity for which American patriots sacrificed their lives and fortunes. I therefore believe it is my duty to my country to love it; to support its Constitution; to obey its laws; to respect its Flag, and to defend it against all enemies.