↓ Skip to Main Content
Home › Uncategorized › Some Democrats more equal than others
Tamquam Posted on March 10, 2021 Posted in Uncategorized No Comments

Some Democrats more equal than others 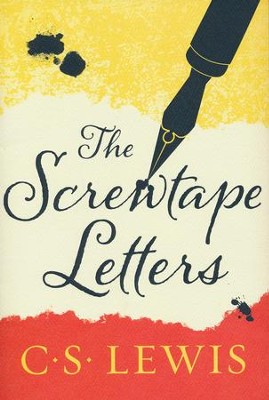 As predicted by C.S. Lewis in “The Screwtape Letters,” the demonic forces aligned with the Democratic Party have begun to squabble, now that they have successfully “saved” the 2020 election from Donald Trump.  This is always and everywhere the way with them, once they collectively gain power the various factions begin vie with each other to grasp and hold as much power as possible.  If there is one thing the dark servants of Marx lust for above all else it is power. It seems that the Democratic Socialists of America have been organizing to seize power in the Nevada Democrat Party.  In this aim they have succeeded.  We get the story from The Gateway Pundit:

Hi new followers! Yesterday DSA members Judith Whitmer, Jacob Allen, Dr. Zaffar Iqbal & Ahmad Adé took over @nvdems. We’ve been hard at work after @BernieSanders‘s caucus win, organizing for power wherever we can. Let us tell you a little bit about what we’ve been up to

They go on to tell us how they did it.  click on the image below to read their whole story.  Scroll past the image to continue reading.  I hope you do because there is a point to this.

They did it by organizing and getting their people voted in as State Party Chairmen.  They organized, they worked, they put their people and place and eventually ousted the previous Party chairmen.  Now the radical leftist wing of the Dems controls the Party in Nevada.  But that doesn’t mean that they won it all.  Look what happened next!

Akela Lacy and Ryan Grim at The Intercept reported:

NOT LONG AFTER Judith Whitmer won her election on Saturday to become chair of the Nevada Democratic Party, she got an email from the party’s executive director, Alana Mounce. The message from Mounce began with a note of congratulations, before getting to her main point.

She was quitting. So was every other employee. And so were all the consultants. And the staff would be taking severance checks with them, thank you very much.

On March 6, a coalition of progressive candidates backed by the local chapter of the Democratic Socialists of America took over the leadership of the Nevada Democratic Party, sweeping all five party leadership positions in a contested election that evening. Whitmer, who had been chair of the Clark County Democratic Party, was elected chair.

The establishment had prepared for the loss, having recently moved $450,000 out of the party’s coffers and into the Democratic Senatorial Campaign Committee’s account. The DSCC will put the money toward the 2022 reelection bid of Sen. Catherine Cortez Masto, a vulnerable first-term Democrat.

This means that the Democratic Party is going to war with itself.  This is a weakness that Republicans can exploit.  But even beyond that, it is a model that Republicans can follow.  Daniel Schultz has a slim little book that explains how he and a group of committed Patriots did it in Arizona, and how we can do it here too.

Here is an interview with Dan on the subject.

As always, if you found anything worthwhile in this essay, pass it on.